Welcome to my expanding multiverse.

Cyril Brown’s Hybrid Zero: Juggernaut is a comic that’s been ten years in the making. It’s been through a couple of iterations but, now, with a clearly defined multiverse, a marketing plan, and national distribution, it’s poised to be an overnight sensation.

Other titles in Cyril Brown’s HYBRID ZERO multiverse include Jungle Grrl, and the upcoming Cassandra and the Changeling Sword.

You can use the hashtag #NerdanatixUltimateFanGiveAway to be entered to win it and a package, worth hundreds of dollars more, comprised of amazing indie comics delivered to your home (more on this below) and you can read it for free online just by clicking THIS LINK. I strongly suggest you read it on a large screen. The eye popping art is worth the effort. Or, just break down and order it. You’ll be glad you did. 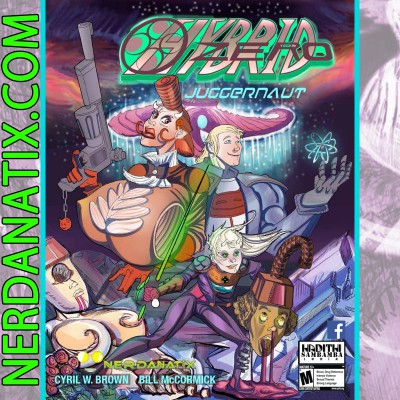 If you’re not ready for a deep dive into my squishy brain, allow me to take a moment to remind you I’m also part of several critically acclaimed anthologies. One’s even an Amazon Best Seller.

THE TEARS OF THE GODS

We all have heard that any sufficiently advanced technology is indistinguishable from magic. Does this also imply that any sufficiently advanced life form would be indistinguishable from a god? For 10,000 years we have deified those life forms above us, but what happens when we ourselves have advanced to the point that we come face to face with those very beings we have worshipped, and find they too have feet of clay?

AMAZON BEST SELLER Imagine if you could have one book that gave you 100 golden nuggets. Less dust. Less clutter. Just one book to always have by your side and reference whenever you need to. Well, that’s The Better Business Book. It’s your one-stop shop for crystal-clear business advice that you can use to grow your business and live the life you’ve always wanted.

THE SPACE CLOWNS OF ZOIMBA PRIME

It was supposed to be Trevor’s big night. But four, naked, women in a rock band seemed hell bent on ruining his meeting of the Blue Island Bronies. Thanks to the nice ladies in Sparkle Party (yes, it’s a real band) for allowing me to do this.

THE GOOD LORD WILL PROVIDE

Thank God Donald Trump was able to rid America of silly things like governments and schools. Now a good, patriotic, American can toddle down to the local store for their flavored heroin, just like God intended.

The Dogs of War – Fur Planet

This one gave my girlfriend nightmares. Everybody loves dogs, don’t they? But are you so sure dogs love us? When they get opposable thumbs, and missile launchers, you may not like the answer.

A continuing memo that I’m the Assistant Editor for ICC Magazine. It’s a quarterly magazine dedicated to indie creators from all over the world. Issue #7 is out and it’s worth picking up for the cover story I wrote on Chuck “Dragon Black” Collins, creator of the legendary web & print comic BOUNCE. Actually, it’s worth picking up just to find out how he got that cool nickname.

You can CLICK HERE to read Bounce for free online. 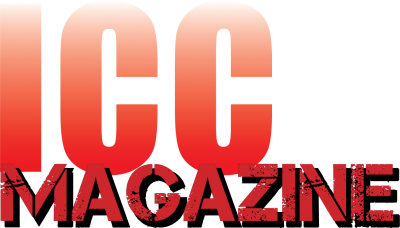 If you’d rather listen to me blather about nonfiction topics, you’re in luck. I do a weekly guest appearance on Ryan Gatenby’s The Big Wake Up Call every Friday at 9:10 AM (CDT) on WBIG. Just CLICK HERE to be immersed in the coo-coo coolness of my voice. You’ll find me listed as Bill McCormick or World News Center. But the search engine is easy to use so you shouldn’t have any problems.

That’s kind of my fault. I write stories with hard science and boobs. But, to be fair, it’a accurate science and stunning boobs.

My contributions to the package include;

Juggernaut – Set in the distant future, Juggernaut is the story of a human/alien fusion and her strange family. They live in an era where sexuality, in all its myriad forms, isn’t taboo but violence is. This group of aristocratic soldiers, who just happen to be related, must face down their own petty, in the grand scheme of things, problems and stop a trans-dimensional creature before it destroys the universe. Or not. It really depends on their mood at the time.

Legends Parallel – This is the perfect comic series for those who think quantum physics isn’t violent or sexy enough. Five earths and one woman wants to rule them all. This is the story of the man, his mom, and her lover who have to stop that from happening.

Jungle Grrl – In a distant future sex is encouraged, violence is frowned upon, and our hero, her bestie, and their dino clone, try to eke out a living in a sex park while figuring out the meaning of life. The existential poetry based on beer should be enough to make you grab this one. 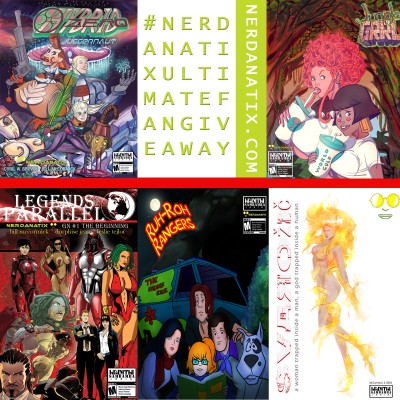