Okay, I’ve been a touch busy, so here’s an update so you can all play along. You might want to sit down and make sure your coffee’s full.

I have been commissioned to do a nonfiction book which has a working title of THE KIND: FROM CHICAGO TO CHICAGO. I am currently in the interview phase of this. It will focus on the Chicago music scene from 1978 to 1984.

THE BRITTLE RIDERS, my trilogy about the fun you can have with an apocalypse, is now being groomed to be sold in stores. You remember, those places with people in them who help you find what you’re looking for.

Legends Parallel is getting more love and issues 1 & 2 are out on Nerdanatix and doing well. Issue 3 is in the hands of the artist and headed your way as quickly as possible. Svarožič is also out on Nerdanatix. The, young adult, story of a transgender Serbian fire god seems to be gaining serious fans. You can check out the 8 page character introduction for free at www.Nerdanatix.com. There will also be 3 complete issues this year as well as an ICC Anthology, which spawned the title, on Kickstarter.

Pestilent, which makes Legends Parallel seem like a toddler’s tea party, has begun penciling and will have three issues, and a complete graphic novel, for you to spend all your hard earned money on later this year.

Bob: Sins of the Son is going through a rewrite and will have 3 complete issues for you to enjoy in the early fall.

In addition to all that there is a collection of short stories I wrote currently being assembled for release by Azoth Khem, 4 more anthologies which have been blessed by my presence, and an anthology featuring sci-fi reimaginings of Edgar Allen Poe’s work which has Brian Biggerlion Daniel & me reworking THE OVAL PORTRAIT. There will be more on that soon.

I think that’s it.

No, fuck, I forgot Alokia the Kaiju Hunter. Issue one of that masterpiece originally created by Joey Carlon, is headed off to artists as I type and should be available this summer. It’s a traditional Kaiju tale filtered through my mind and now features a drunken gorilla king and a talking centipede. I also gave the titular character gills. The character art by Esma Kurbegović is awesome and you need to scour my FB pages to soak it all in.

Oh, and I’m doing a rewrite on someone else’s comic (more soon) that has the attention of an international magazine.

Speaking of magazines, don’t forget that I’m now a regular contributor to ICC Magazine. That comes out quarterly and is cool as hell. The next issue will deal with all things Black Panther related.

Of course you can just click the link below and stay up to date that way. Please do, these long posts are exhausting. 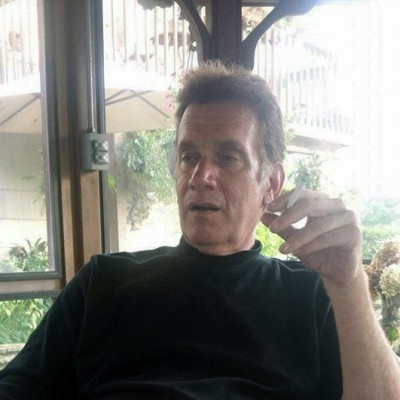