Hadithi Sabamba is Blowing Up!

Hadithi Sambamba, home to a series of some of the best indie comics out, now has three titles available for national print, and international digital, distribution via Nerdanatix. All three are listed in the top ten of their releases (see graphic at bottom).

Without further ado, let’s break it out for you. You can access each link once you sign up for the Nerdanatix site. You can log in via Facebook if you wish. It’s easy, and free, to do.

Legends Parallel: The series designed for people who think quantum physics isn’t violent or sexy enough. It’s been a top 10 release since January 1, 2017, went #1 in March of 2019, and is now the featured sci-fi title at Nerdanatix. You can read issue #1 online for free. The upcoming April 1st Kickstarter is designed to take advantage of our existing fan base and bring the Rated “M for Mature” multiverse to a whole new audience.

Svarozic: We recently found out that the Black Science Fiction Society gave this title an excellent review. The story of a woman trapped inside a man and a god trapped inside a human. Since she’s all one person she has issues. Recently, Brian “Bigger Lion” Daniel and I were at a con and a woman drove almost an hour to buy a copy of this. Turns out she has a trans daughter and wanted her to see that she was represented too. The young lady reached out to me later to let me know how thrilled she was with the comic and the fact there’s something in the world that reflects who she is. Minus the sarcastic fire god of course. You can read the 8-page introduction for free. Rated “T for Teen.“

Hybrid Zero: Jungle Grrl: Cyril Brown, creator of the original Hybrid Zero, has joined forces with Bill McSciFi (that’s me!), to create one of the wildest rides you’ll ever take in a multiverse. In the future Earth has been destroyed and then rebuilt as an amusement park. In an era where public sex is a family value, and violence is frowned on, one young lady, her best friend, and their dino clone, try to figure out their roles in the multiverse. You can read the 8-page introduction for free. Rated “M for Mature.” 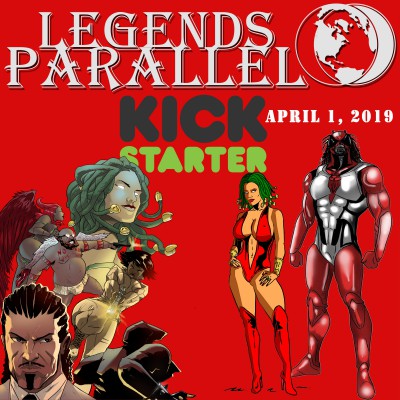 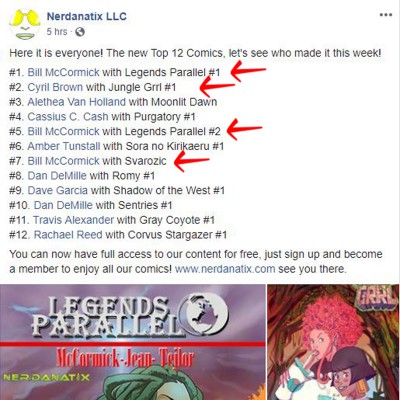