The dumbest contest ever.

Here’s the deal. Anyone who subscribes to my mailing list is automatically entered to win stuff. Not great stuff, but stuff nonetheless. Here’s how it will work. On January 1, 2019, two names will be randomly selected from my email list and those lucky people will get stuff. Specifically, this stuff.

1. A 2X woman’s T-shirt with my face on it. One is black, the other is burgundy. Which winner gets which will be entirely left to chance.
2. Autographed copies of issues 1, 2, & 3 of Legends Parallel.
3. An autographed copy of Svarozic.
4. And that’s it.

If I’m feeling flush I may toss in an autographed bookmark. But don’t count on it.

Look, I told you this contest was dumb.To make it even dumber, I have signed up with several sweepstakes companies to promote it. I’ll be bundled up with offers for TVs, time-shares, and so on. That should get odd.

You’re welcome to tell your friends, if you have any after admitting you think this is fun, and get them to sign up too. All they need to do is be on my mailing list on January 1, 2019.

Lastly, if you want to actually meet me and take a selfie or something, I’ll be in Chicago at Pocket Con on December 15. That’s in the Cultural Center at 78 East Washington. It’s free to get in and fun for humans of all ages. It specifically highlights works geared toward the LGBT community and people of color. I’ve been to a few and they’re always a blast. 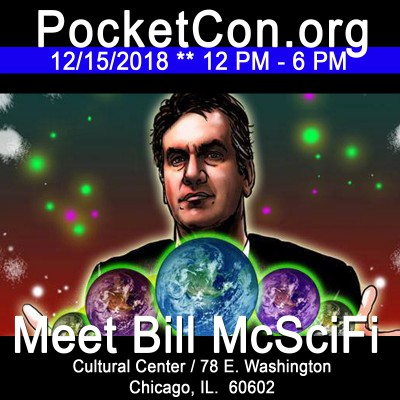