I turned off notifications from my sign up sheet a few months ago. I was getting a ton of emails telling me nothing and it drove me crazy. So, now, I don’t find out how many people subscribed until I sit down to write, and it’s kind of pleasant to see “(##) new subscribers, zero unsubscribed.” It’s a nice, warm, fuzzy for me.

Now that you’re here, let’s get down to business. This is going to be a busy week in McSciFi-Land (the world’s 9th greatest amusement park). Tomorrow, October 30, I’ll be on the Bill & Wendy Show on WGN Radio at 11:30 AM (CDT). You can click on the radio station link to listen along if you’re not in Chicago.

Then, on Friday, kicking off November in style, I’ll join Ryan Gatenby for my weekly appearance on The Big Wake Up Call on WBIG-1280 AM to discuss coolness and awesomeness. Also to bask in the glow of having just celebrated nine years together on the air.

But, on both shows, I’ll be mentioning this; on Saturday, November 2, from 10:00 AM until 4:00 PM, for the first time ever, a Chicago Public Library is going to host a Lit Fest, this one at 9055 S. Houston, Chicago, IL.  60617, that is more than just a couple of local authors hanging out. Greg Diaz, head librarian at the South Chicago Branch, and I worked for months to navigate the labyrinth that CPL calls its rules and regulations to make sure every ‘i’ was dotted and every ‘t’ was crossed.

If you like your lit fests with a little diversity, we’ve got you covered. There’ll be everything from constitutional lawyers to mermaid wranglers. There will be Q&A sessions featuring Carlos Jimenez Flores, published poet and president of the Puerto Rican Day Parade, Steve Silver, legendary security guard to the stars, and Jiba Molei Anderson, internationally renowned graphic artist and professor.

There will be a total of twenty authors, representing multiple genres, so you won’t be bored. 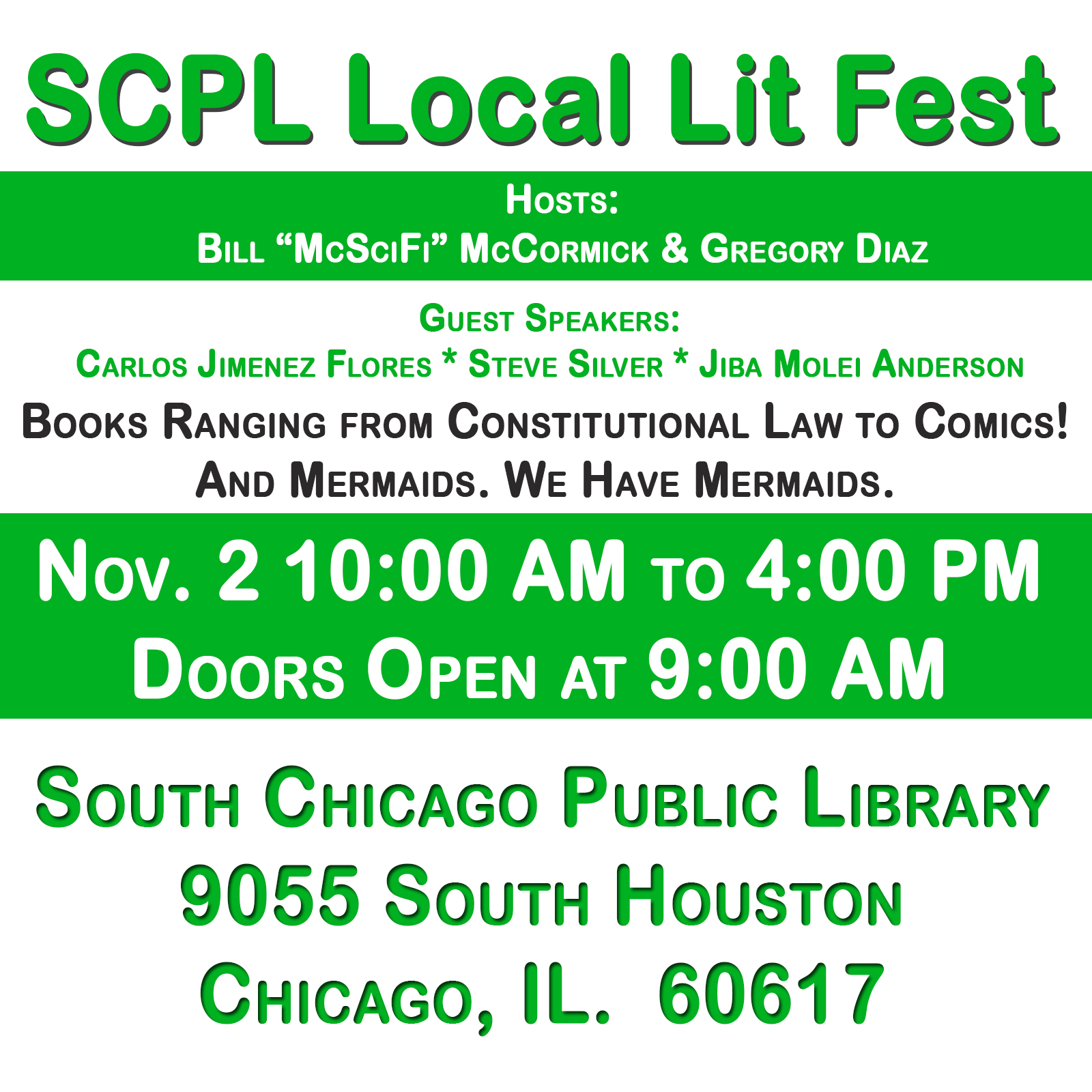 ICC Magazine, issue #8, is out and is an amazing read for any indie creators. Featuring a front page interview of Trina Robins, the first woman to draw Wonder Woman, to looks at creators all over the world who are making the art of tomorrow today.

It also has stuff I wrote, just in case that wasn’t enough for you. 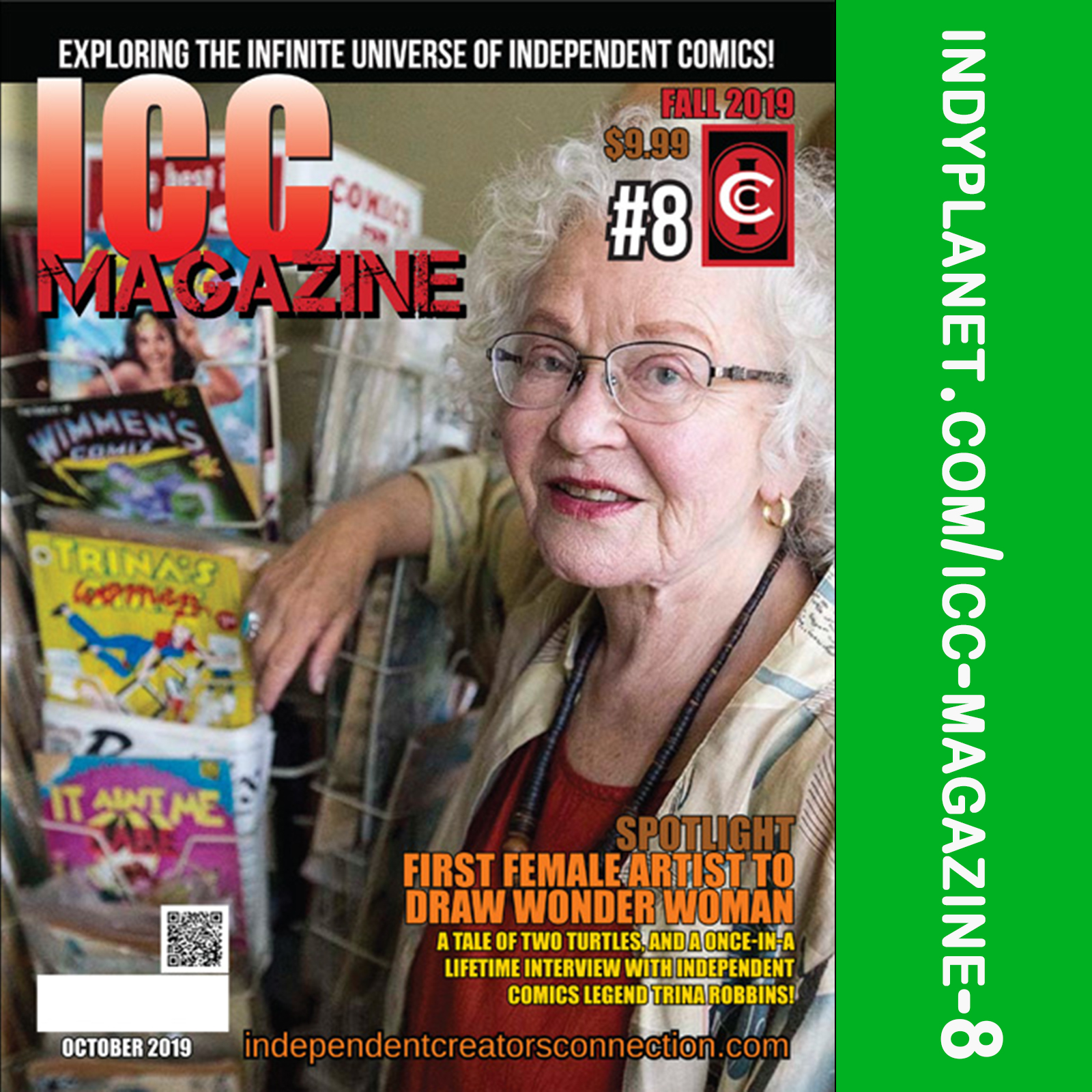 Finally, the nice people over at Nerdanatix have gone above and beyond to help their creators. They’ve added a section on the bottom of every comic’s page wherein you can donate to support the creators just like a Patreon account. There are some differences, but they are all clearly explained on the site.

Check out each of my titles below.

Juggernaut – Set in the distant future, Juggernaut is the story of a human/alien fusion and her strange family. They live in an era where sexuality, in all its myriad forms, isn’t taboo but violence is. This group of aristocratic soldiers, who just happen to be related, must face down their own petty, in the grand scheme of things, problems and stop a trans-dimensional creature before it destroys the universe. Or not. It really depends on their mood at the time. This is a magazine sized masterpiece that will impress all who see it.

Legends Parallel – This is the perfect comic series for those who think quantum physics isn’t violent or sexy enough. Five earths and one woman wants to rule them all. This is the story of the man, his mom, and her lover who have to stop that from happening

.Jungle Grrl – In a distant future sex is encouraged, violence is frowned upon, and our hero, her bestie, and their dino clone, try to eke out a living in a sex park while figuring out the meaning of life. The existential poetry based on beer should be enough to make you grab this one. There is a limited amount of American Manga sized versions of this. Once they’re gone, they’re gone.