Where to begin, where to begin? There’s all sorts of cool stuff to share today. I guess I’ll start by fulfilling the fever dream of the three lonely masochists who begged for this; THE BRITTLE RIDERS: TRILOGY (Omnibus Edition). This is almost twelve hundred pages of dystopian fun. I’ll let the nice people over at Azoth Khem get you up to speed.

A brilliant man hosted a party. It was such a good party that it culminated in the death of all humanity. That story is boring and oft-told. This is not that story. This is the story of what happened next. The Brittle Riders, apocalypses are funny that way.

The Brittle Riders has been described as the book David Brin would have written had he come off a three day tequila bender and dropped acid. That’s some high praise right there.

Also, as far as I know, Mr. Brin neither drinks tequila nor drops acid.

Quibbles aside, The Brittle Riders was meant to be read front to back as one singular story. Unfortunately I threw too many words at a screen and Azoth Khem ended up having to cut it into three books. Now, it’s back together and being promoted to brick and mortar stores all over the English speaking patches of the globe.

Also, thank you for your prayers for Azoth’s president, Nancy Chandler. She is now back among the living and looking to conquer the world.

There’s more, oh so much more, below. 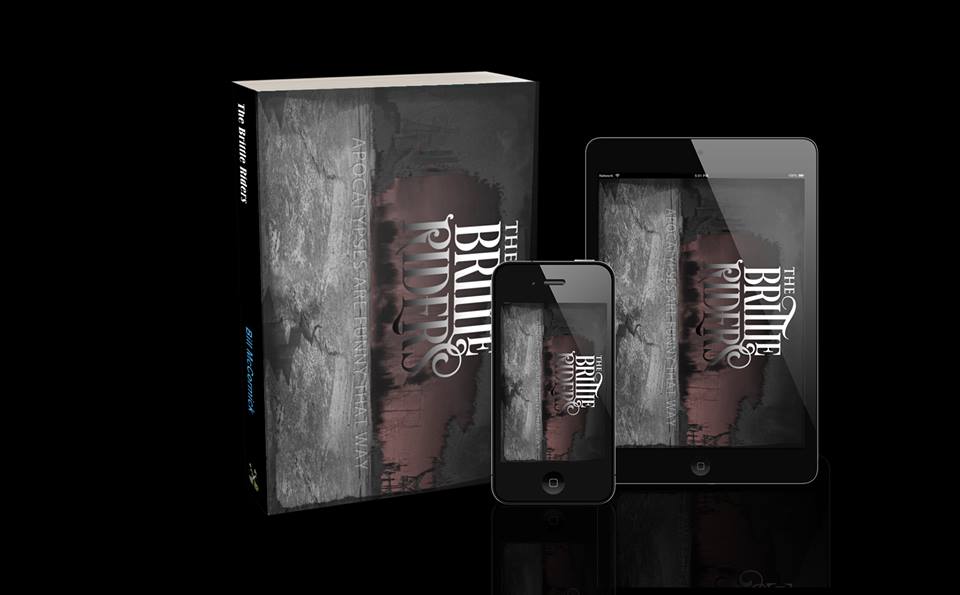 Last week I sat down with Twitch legend, Instagram’s favorite daughter, and my old friend, Nakia Niteshade over on Spotify to talk about stuff. Her, wildly popular, podcast, SOME LIKE IT HOT, covers topics I normally have to keep to myself. So, instead of chatting about how much fun it is to edit the word “fuck” out of my young adult submissions, and it is sometimes, we talked about my takes on God, politics, our personal history, and then we talked about my writing.

But, because Nakia is who she is, and the show is called SOME LIKE IT HOT and not WHO LOVES BEIGE?,she ends the show with five, deeply personal –  slightly risque, questions. I’m not special, she does it every episode. It’s kind of the point of the thing.

So, if you’re one of those people who think they need to know a hell of a lot more about me than they already do, she certainly learned something about me she’d never considered, here you go. 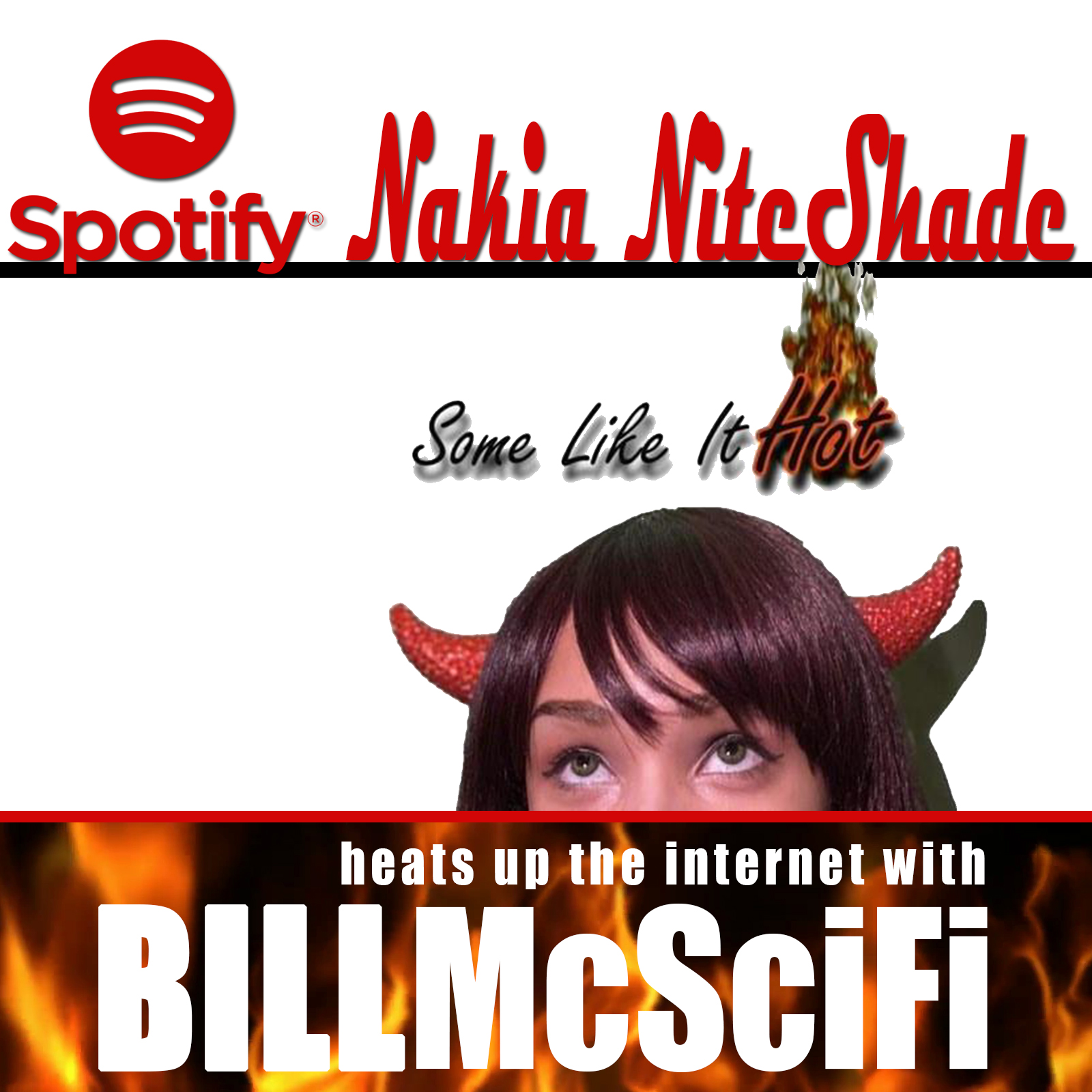 The nice people over at Nerdanatix have changed things up a bit and now post the #1 comic on it’s own thread and then list #’s 2 through 9. Even so, Hadithi Sambamba continues its dominance in the indie comic world with four titles represented in the top nine positions. Rankings are based on online reads, sales, and licenses.

To read any title, all of these are Rated “M” for Mature, just click on “Read Chapter” at the bottom of the page you’re at via each link.

#2 – Hybrid Zero: Cassandra and the Changeling Sword
96 year old dead woman is now a teenage shinobi on another Earth

#3 – Hybrid Zero: Juggernaut
The fun multiverse where sex is lauded, violence is taboo, and a family of assassins is our only hope

#5 – Hybrid Zero: Jungle Grrl
A nice girl works in a futuristic sex park with her best friend and a dinosaur clone

#6 – Legends Parallel
A man, his mom, and her lover have to save the multiverse

If you want to have some fun, and who doesn’t, CLICK HERE to follow along with Hybrid Zero’s Hashtag Bingo thread on Twitter. Each tweet features popular hashtags of the day, often blended into little stories, dedicated to promoting, or “mad pimping” if you will, the various aspects of the Hybrid Zero multiverse. It’s fun, occasionally profane, just as often profound, and always insightful.

Just one more below. 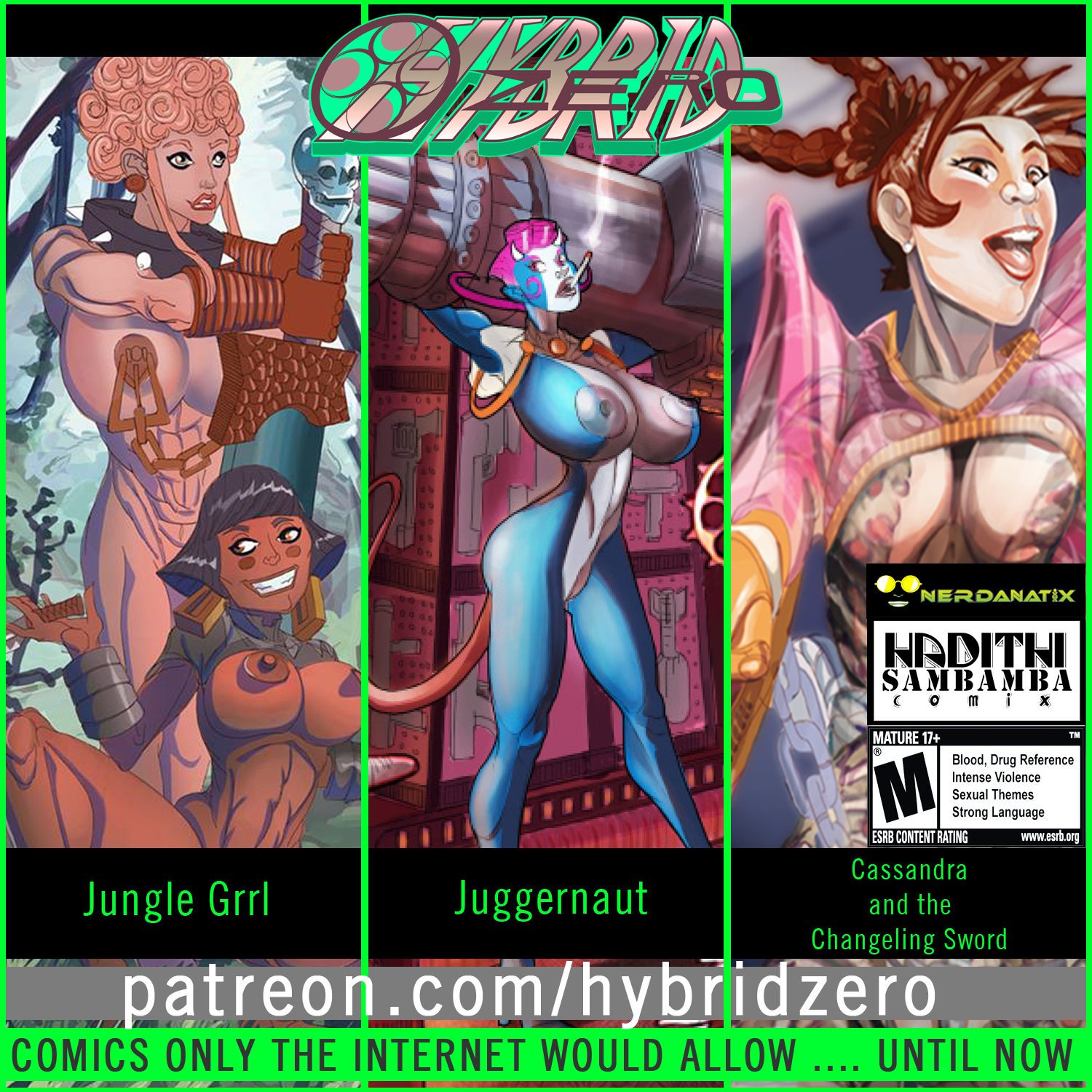 Lastly, the Legends Parallel graphic novel is here. For a mere twenty bucks, plus four-fifty (USD) shipping and handling, this one hundred page slab of awesomeness can be yours. It features all three issues of Legends Parallel, fan art, the original covers, without text, created by Alexander Malyshev, some behind the scenes stuff you’ll love, and a four page photo spread featuring Phystee “The Model” Brown. Phystee was kind enough let us use her image when we created the character Oshun.

Take a gander at a sample of the shoot below, then send me all your money. Email me at BillMcSciFi@gmail.com to get options on how to send me  your, hard earned, cash. I offer many.

Thanks again for all your support and I’ll see you next week. 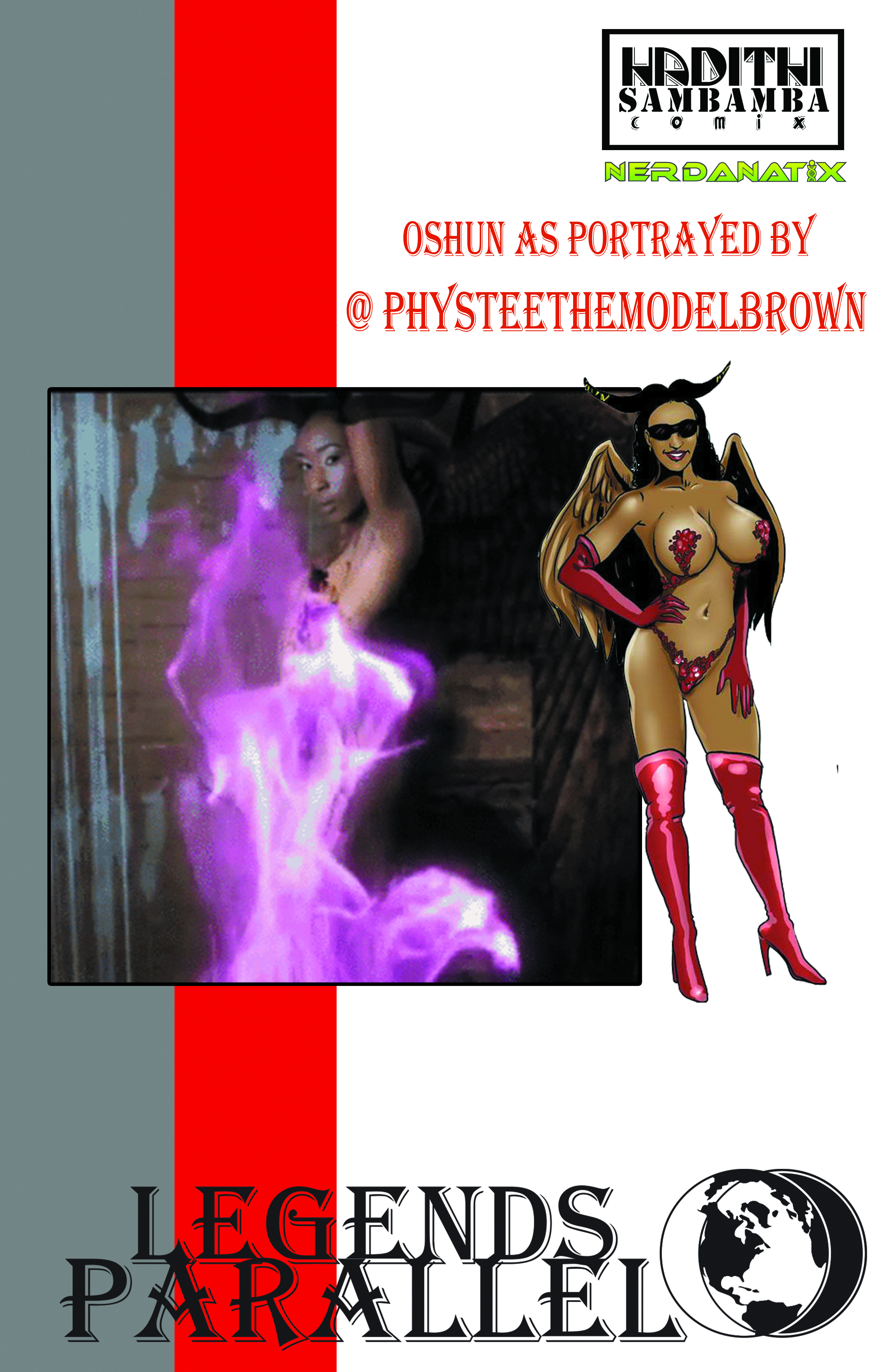