Two days ago marked the three month mark since I last smoked a cigarette. I have been smoking, on and off – mostly on, since I was eleven. Forty-seven years for those playing along at home. According to medical professionals this is long enough for me to stop having cravings. They are wrong. So very, awfully, wrong. The things I would do for a menthol are legion, and not necessarily legal. Still, I persist in trying to stay healthy and live. And, when I think I should just go buy a pack and say the hell with it, I look at my girlfriend and remember why I quit. So we can grow old together.

Another reason I should stay healthy is my 2020 release schedule. Can’t reap the rewards of my labor if my ashes are parked in an urn.

SPLICE is coming out and I couldn’t be more excited even if I was a puppy on meth. Azoth Khem, the publisher, is finishing some deals to get it the widest possible distribution, and Watchdog Entertainment is well along the path to make this a feature film. The story of a young boy, abandoned in Omaha, who grows up to be the world’s most feared super villain, is unlike anything you’ve ever read. Every move he makes is a conscious decision. The path he takes to get where he does is twisted and thrilling. And, just for fun, involves the old gospel classic This Little Light of Mine.

Also in the pipeline is Goptri of the Mists. The prequel/sequel to The Brittle Riders cuts through time like a hot knife through butter. At its essence it’s two, linear, stories told simultaneously. One is of the times before Geldish and his merry band of hyper-violent miscreants roamed the world, and the other is shortly after. Beta readers really liked it, always a good sign, and none were confused by the back and forth threads. And, bonus for the kids in the cheap seats, it’s got a lot more sex and violence than The Brittle Riders, so you’ve got that to look forward to.

Stuff About Things may get pushed back a little. The collection of short stories, essays, nonfiction articles, and so on is a lot of fun, but we all need to concentrate on the bigger releases right now.

If you want something to prime the pump for you, you can do no better than The Brittle Riders Omnibus Edition. At twelve hundred pages it’s either an excellent summer read or convenient weapon to use when you need to bludgeon interlopers. Honestly, it can be both. As one reviewer noted, “If David Brin came off a three day tequila bender, and dropped acid, he would have written this.“

That was meant as a positive review. 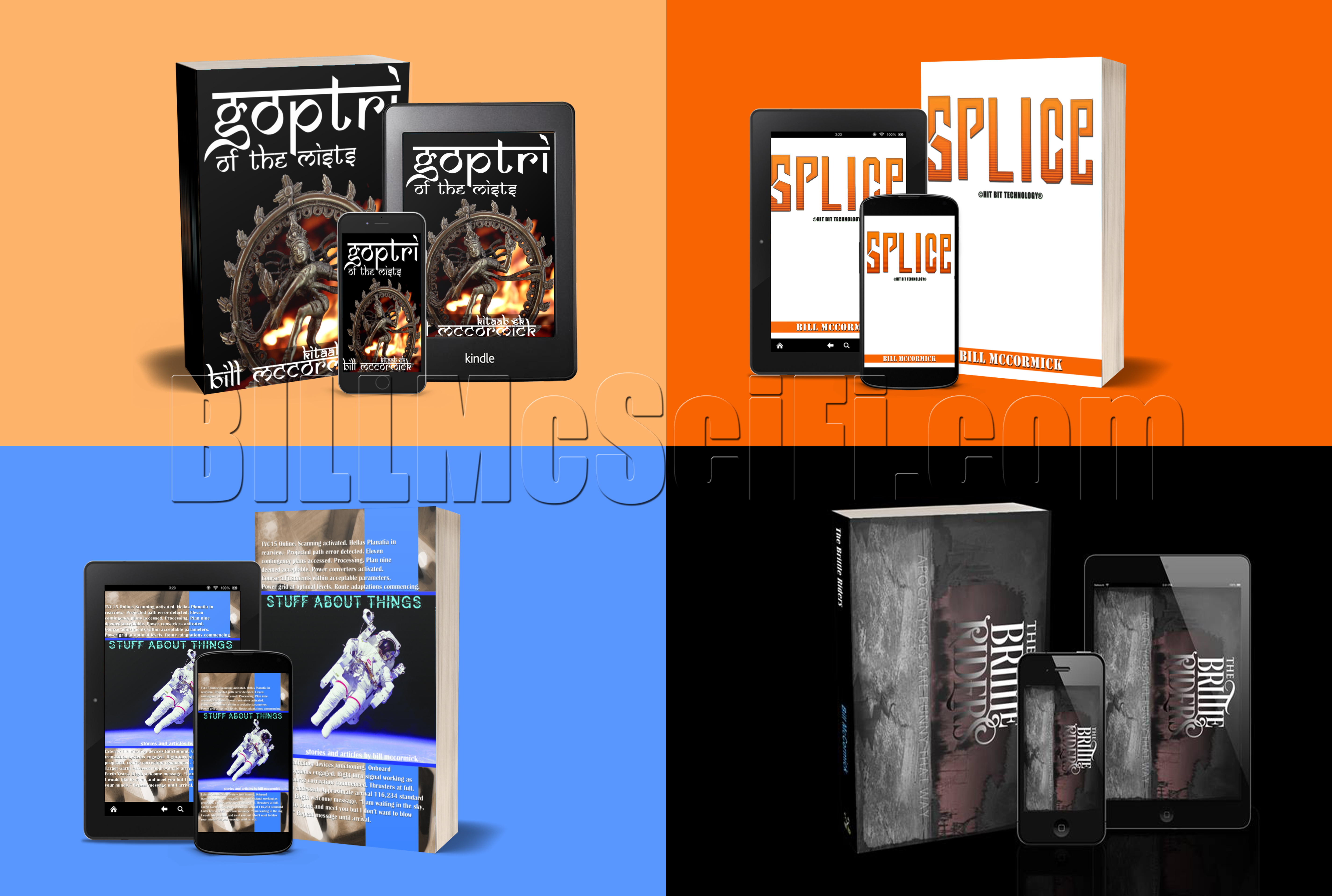 In sad news, Hadithi Sambamba‘s distributor, Nerdanatix, was forced to close its doors last Monday due to the Cornonavirus. Three months with no sales, and a staff that needed to be paid, without getting a small business loan, combined to lay them low.

We will miss K.J. and the crew. They got our comics in brick and mortar stores, thousands of views online, and more. They made us look good every time they stepped out. I know they’re hoping to regroup and give it another shot, but that’s going to take time. Certainly everyone at Hadithi Sambamba hopes they succeed and wishes them the best.

Now, all that being said, we still have the contract with our printer which allows us to keep costs competitive with all the major companies, we have a store, where people can buy hard copies online, and we have the ability to ship bulk if need be. Overall, we’ll be fine, but we’ll still miss Nerdanatix. 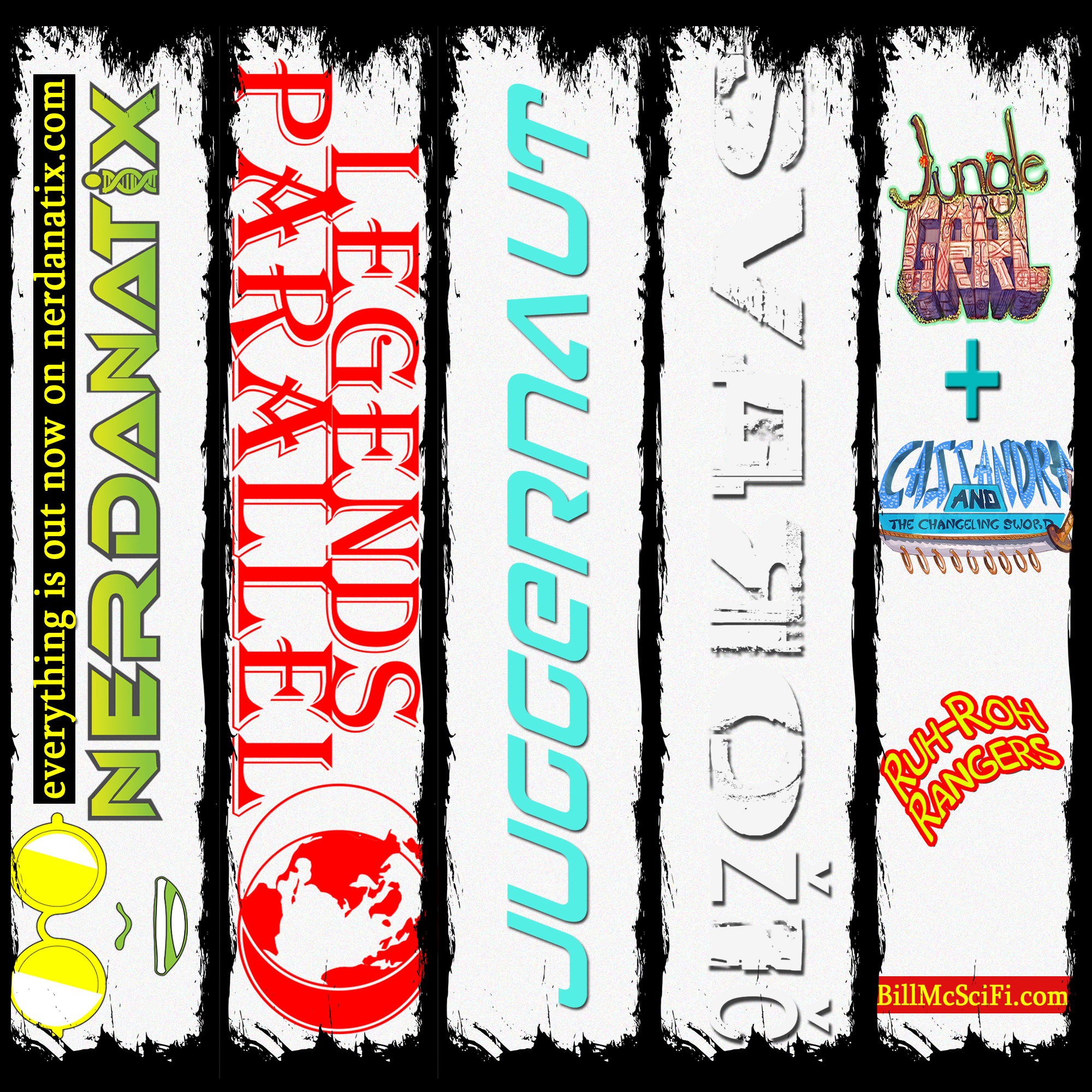 Once again, if you’re an indie creator who would like to be featured in a national magazine, I know a guy who can make that happen. He’s, quite possibly, the coolest human walking.

I’m the Assistant Editor for ICC Magazine. Every three months we release an issue focusing on a variety of aspects of the indie scene. Whether you’re a cosplayer, artist, author, or something else entirely, feel free to reach out to me, via BillMcSciFi (at) gmail.com, to see if we can work something out.

Until next week please stay safe, sane, and inside. 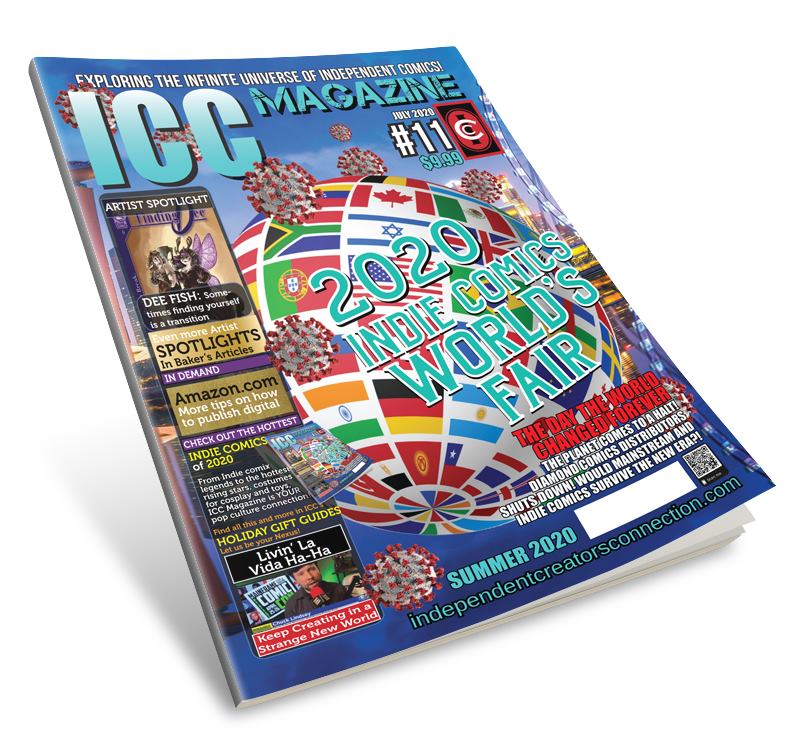