First off, some good news. Ryan Gatenby, the host of The Big Wakeup Call on WBIG, just celebrated the tenth year of sharing his show with the multiverse. I’ll let him tell you all about it.

We celebrated an entire decade of whatever it is we do here with calls from some of our favorite and most frequent guests, including Scott Aukerman from “Comedy Bang Bang,” Ben Gleib from “Idiotest” and the new “Nowhere Comedy Club,” Dylan Brody from “The Corona Dialogues,” Best-selling authors and fashion bloggers Heather Cocks & Jessica Morgan, and the only member of the 400 timers club, the World News Center’s Bill McCormick.

Plus:  the only two guests to say naughty words on our show, Aubrey Plaza and “Cake Boss”  Buddy Valastro!

Thank you for all of your support over the last ten years.  Thank you to all of my guests who have made the show so special.

The “400 timers club” refers to the number of times I have appeared on the show. I’ll be celebrating my tenth anniversary as a guest this October. 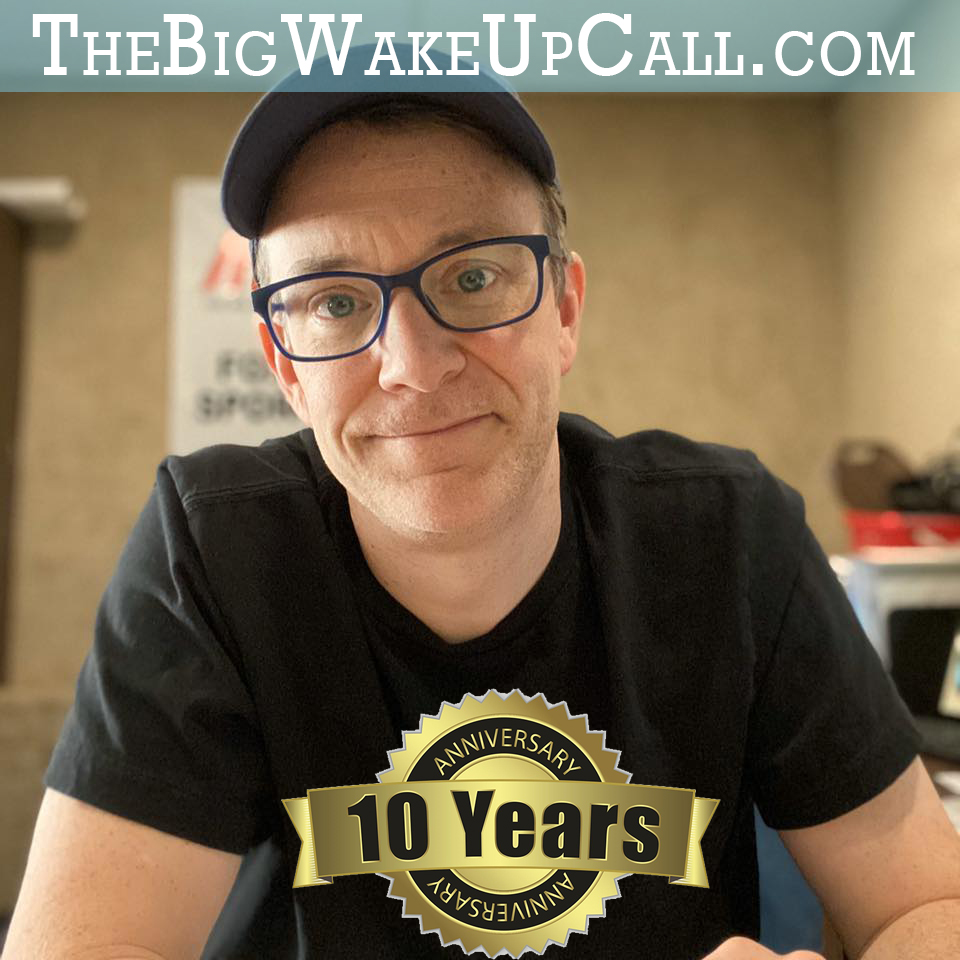 In good news for me, and my landlord, SPLICE: HIT BIT TECHNOLOGY seems to be moving off the digital shelves and onto the sweaty devices of happy people all over the world. There was a minor technical glitch which slowed up the hard copy from being released, but it should be available by the time you’re done with work today.

On a fun note, one reader pointed out how much they enjoyed the book since it’s not science fiction. It is, it’s just not set in the distant future or on an alien world. More like CSI, and its myriad collection of related shows, it’s near future scifi. That means the tech in the book is on a drawing table somewhere, but it’s nowhere near the streets.

Obviously, thanks to the pandemic, the film has been delayed since putting film crews in national hot spots is a bad idea. Or, as I like to say, killing people you like is rude. That said, I am blessed to be working with functioning adults and they’re not going to rush into anything until they’re convinced it’s safe to do so. 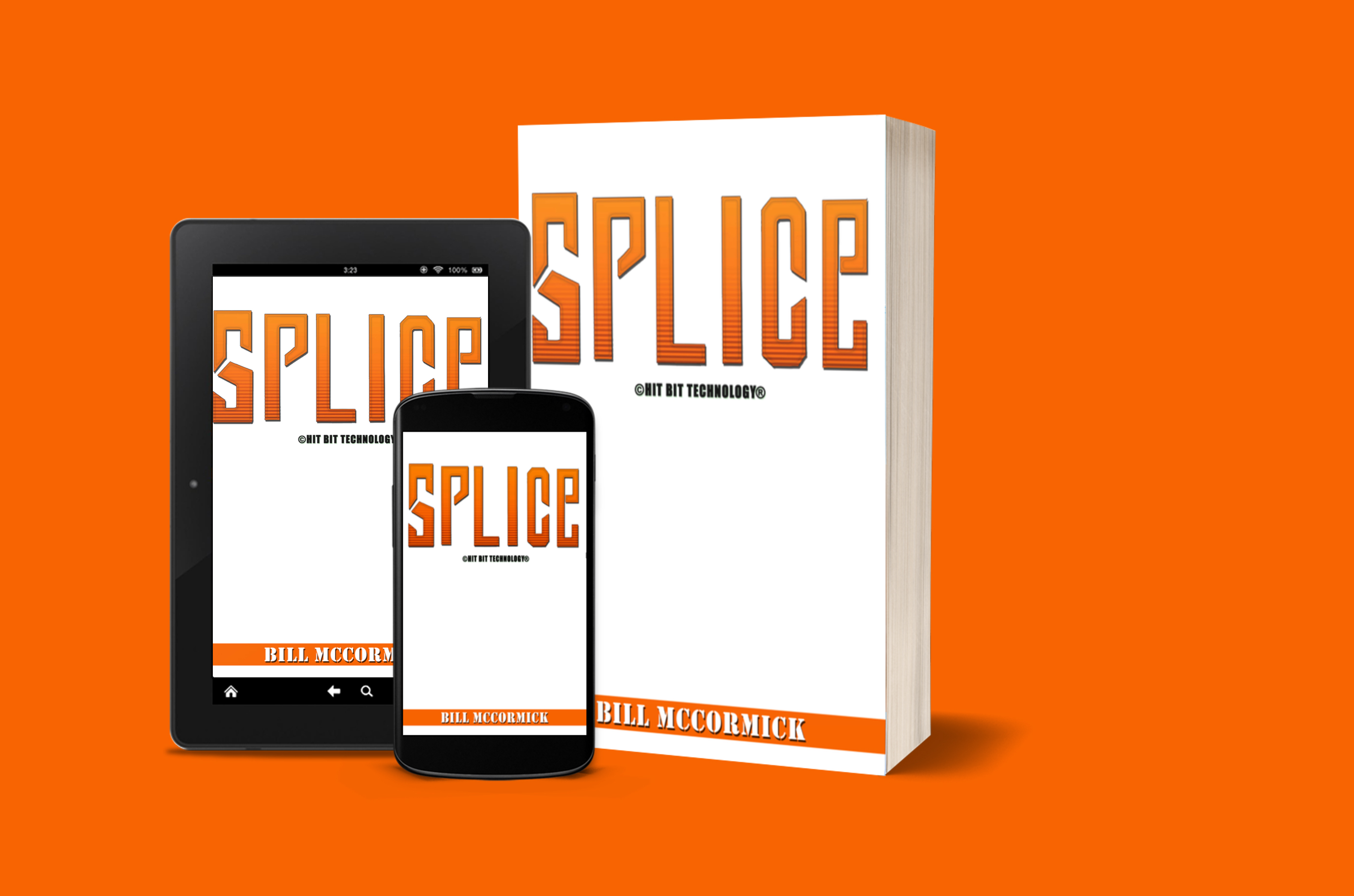 In fun comic book news, Hadithi Sambamba has packaged up Hybrid Zero and Legend Parallel into a single promotion to help people understand, more fully, what they’re getting into.

Two remarkably cool, gender fluid, multiverses to play in. We live in a country where naked women are art and naked men are terrifying, ergo these books are artfully terrifying. Not just naughty pics, there’s words and plots too.

It’s a rapidly expanding multiverse and you don’t want to miss a thing. 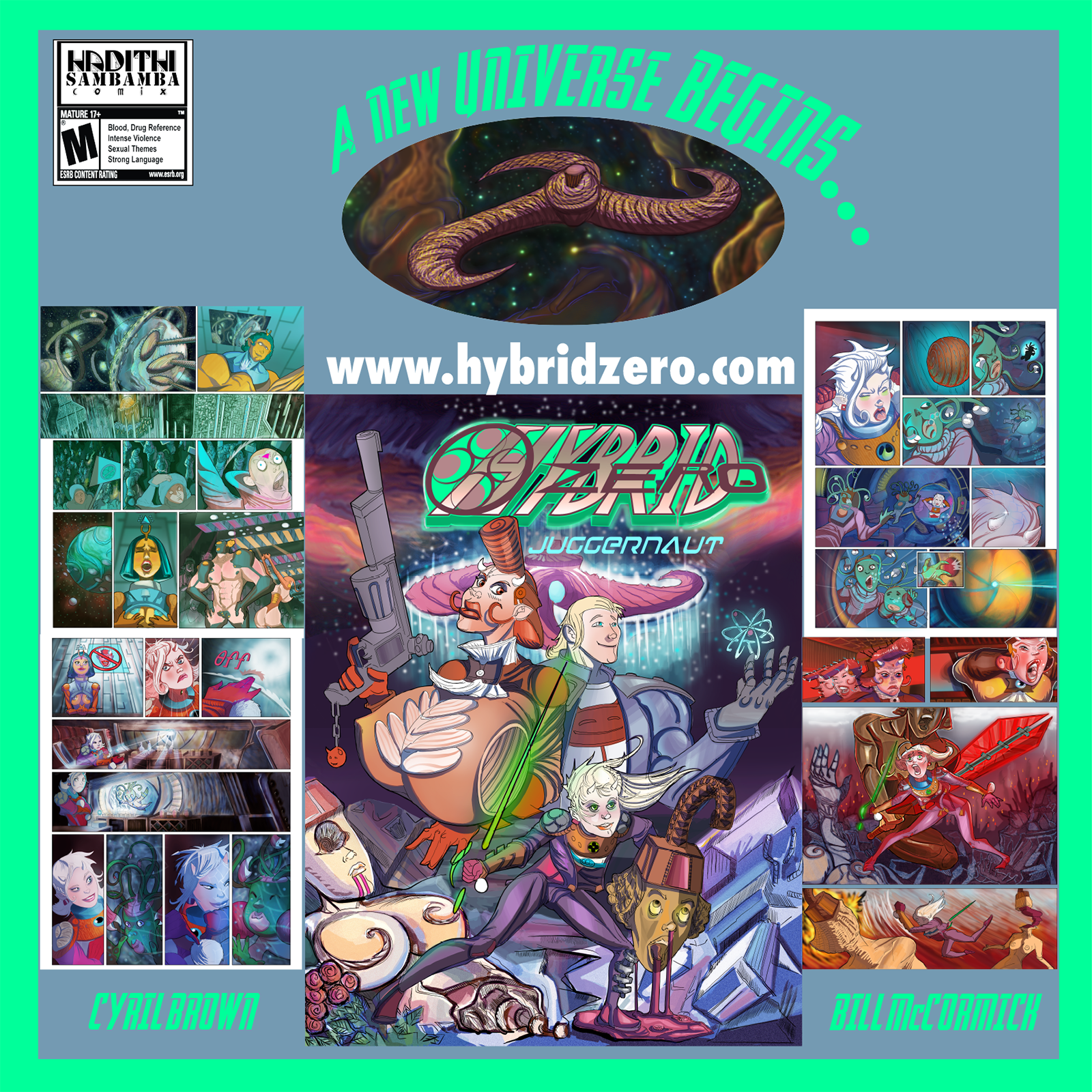 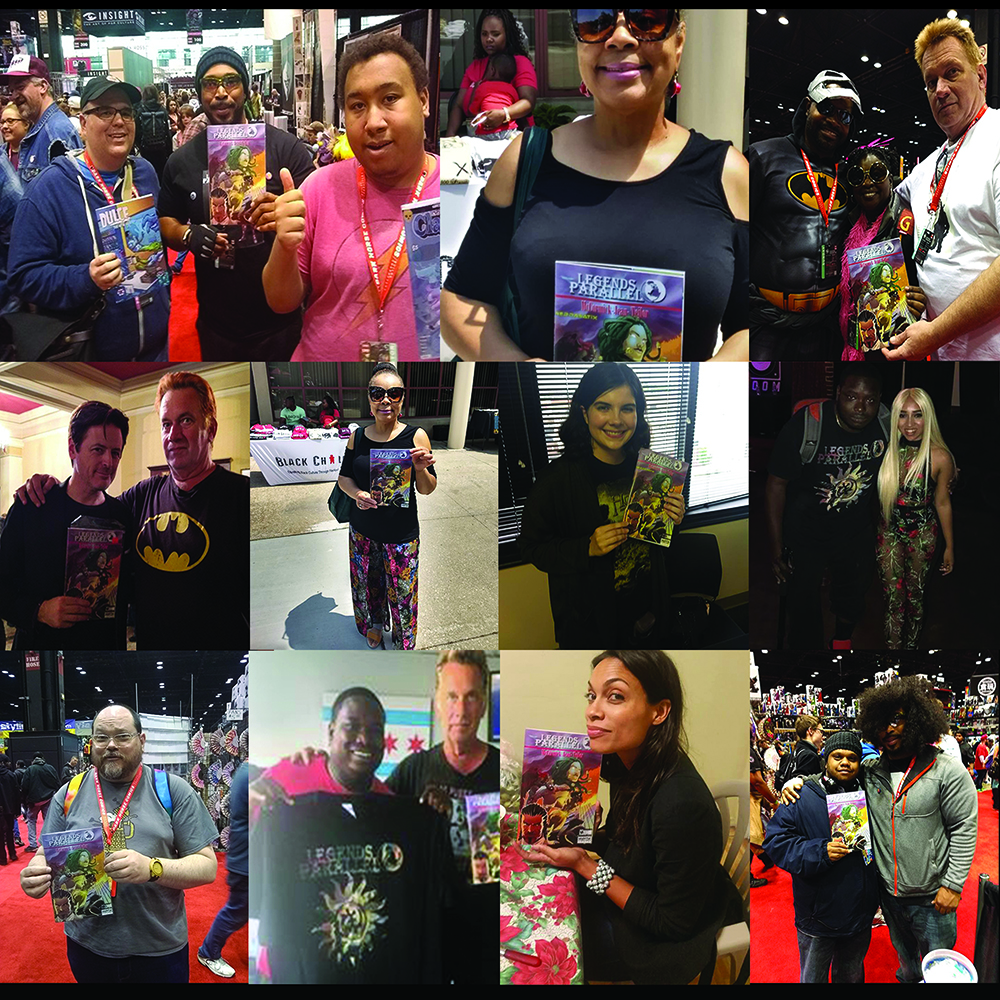 As always, if you’d like to convert your friends and colleagues to the cult of McSciFi just SHARE THIS LINK and let them sample my worlds for free. The more adventurous among them will be devoted followers soon enough. And, if you think you’ve missed something, feel free to peruse it at your leisure.

In the meantime, I can’t emphasize enough how important it is for people to take this pandemic seriously. Wear a mask, wash your hands, and stay six feet, or more, away from people you’re not living with. An entire family my girlfriend knows, including their week old infant, all tested positive. Odds are they’ll be fine, they’re young and healthy. But, had it not been caught, they could have spread it to their older relatives, or someone with underlying medical issues, and those people would die.

Also, even if you live, almost thirty percent of patients have lingering health issues ranging from minor lung irritation to early onset dementia. One personal friend lost twenty percent of her lung capacity and had to quit her job. She’s twenty-five.

If you want to know more about this just CLICK HERE for a series of articles I wrote that have vetted facts.