We recently received an offer to have hard copies of SPLICE: HIT BIT TECHNOLOGY and The Brittle Riders released in the United Kingdom. That’s the good news. But, and you knew there was a “but” hiding in here somewhere, many chains in the U.K. pay differently than they do in the states. Enough so that, were we to offer the wholesale discount needed in the U.S. we would be paying them to shelve the books.

“Thank you for carrying these titles, here’s ten quid apiece for your troubles.”

U.K. wholesale prices are higher than U.S. ones so there is now room to make a profit. But, there’s that sneaky word again, the way our manufacturing and distribution is set up we are only allowed one price structure per title.

So, we had to make a choice. Do we keep our wholesale prices at the American level, or do we increase our wholesale costs so we can all eat while shipping to the United Kingdom?

Pip, pip, cheery o, and all that English speak I learned from Mary Poppins.

Yeah, not that hard after all.

Not to worry, you’ll still be able to buy online from all our U.S. affiliated stores. And there will still be autographed copies you can order, and so on. Honestly, not much will change. Over ninety percent of our U.S. sales are online based at the moment. As things develop, and related projects become more public, that could change. In fact, we all hope it will.

The whole process is going to take a couple more weeks, but you’ll soon be able to buy SPLICE: HIT BIT TECHNOLOGY and The Brittle Riders off shelves in England. All the money talk aside, this is not some weird “get rich quick” scheme. More of an exciting way to break even for a bit. Still, it is a viable way for us to have a legitimate presence in a foreign market and to build on an existing fan base. That’s not something to be sneezed at. You can already order my books at Waterstones in the U.K. and they’ll hold them at a desk for you without judgment.

Fun fact, Waterstones discontinued selling the Brittle Riders Trilogy separately and instead will only sell you the Omnibus version.  This has nothing to do with them being greedy jerks. People were only buying the Omnibus so they saw no need to keep stuff around no one wanted. You can also get your personal copies of SPLICE: HIT BIT TECHNOLOGY and Goptri of the Mists: Kitaab Ek at the same locations.

Also, God bless the Japanese. If something sells semi-well they’ll print and store copies simply because it will make the next customer’s life easier. So, if you’re in Japan, you can order the Omnibus edition now but you need to do it fast. There is only one copy left.

In the real world if you have the budget to print a few thousand copies and a place to keep them so you can ship them out as needed, being a publisher is a good deal. You can get printing discounts, offer reduced wholesale pricing, get bulk shipping rates and so on. That is the goal and it’s one we can now see, we’re just not there yet.

When The Brittle Riders came out in September of 2016, it was to little fanfare and fewer hopes. I had no family to pawn copies off to and there was no guarantee the small, but mighty, legion that liked my short stories would want something as dense as this. While it was true beta readers had said nice things and promised to tell their friends when it came out, that’s not really the kind of stuff you impress your landlord with.

The first person to offer me a chance to mad pimp my book in public was, fellow author and eventual groomsman at my wedding, Steve Silver. I walked into a room that had a few people I knew and many more I did not. I spoke for a bit, told the funny story of how I’d just been bootlegged in Russia, and took my seat near the front door of the bar. My shiny new girlfriend, who is now my wife, Kim sat with me, made my array of comic books and novels (one issue of each) look good, and we hoped and prayed to make enough money to afford a couple of drinks. By the end of the night we’d not only crossed that incredible threshold, we’d sold out of everything. The next day found me delivering the last two copies of The Brittle Riders that could be found anywhere in the world, to a customer who’d ordered them over the phone the night before. That meant I had to call Nancy, the owner of Azoth Khem, and see if I could get a few more author copies. She said yes, because she’s nice that way, and we both beseeched our personal gods that people would actually like this thing.

They did and were even willing to say so in public. Since we were still arguing with the Russian government over the bootleg it was hard getting any reviews published on Amazon. It seems they weren’t convinced we, or the reviews, were real. However, humans are resourceful creatures. They posted on Facebook, added their thoughts on Goodreads if they were members, sent emails, took pics, and then told their friends, “Yo, home-slice, ya’ll need to read this shit!” And their friends, God bless them, did just that.

As the dust from our Russian misadventure cleared, the original art by, internationally renowned artist, Jiba Molei Anderson got flagged as “adult content” and no one would carry the title. Long story short, after many profanities we got new covers and set about marketing this to wider audiences. And they told two friends, and so on.

In 2020 SPLICE: HIT BIT TECHNOLOGY came out and people did more than just say nice things. They helped it get voted the Best Science Fiction Novel of the Year on the Critters Readers Poll.

All of that laid the groundwork for a couple of film deals to move their way out of the “pure fantasy” camp into the “we should talk” camp. Those are baby steps, I’ll admit, but they’re exciting baby steps. And those baby steps have now led us to talking to stores in foreign countries and figuring out how to make it all work.

As I’m typing this some very frantic people are crunching numbers, parsing out gummies, and making the haunted spreadsheets stop their infernal screaming.

It will all get done and my multiverse will be a slightly better place.

Until next week, stay out of jail, don’t catch monkey pox (it seems like it hurts like foaming hell), and make sure to tell your friends so they can tell two friends and ….. 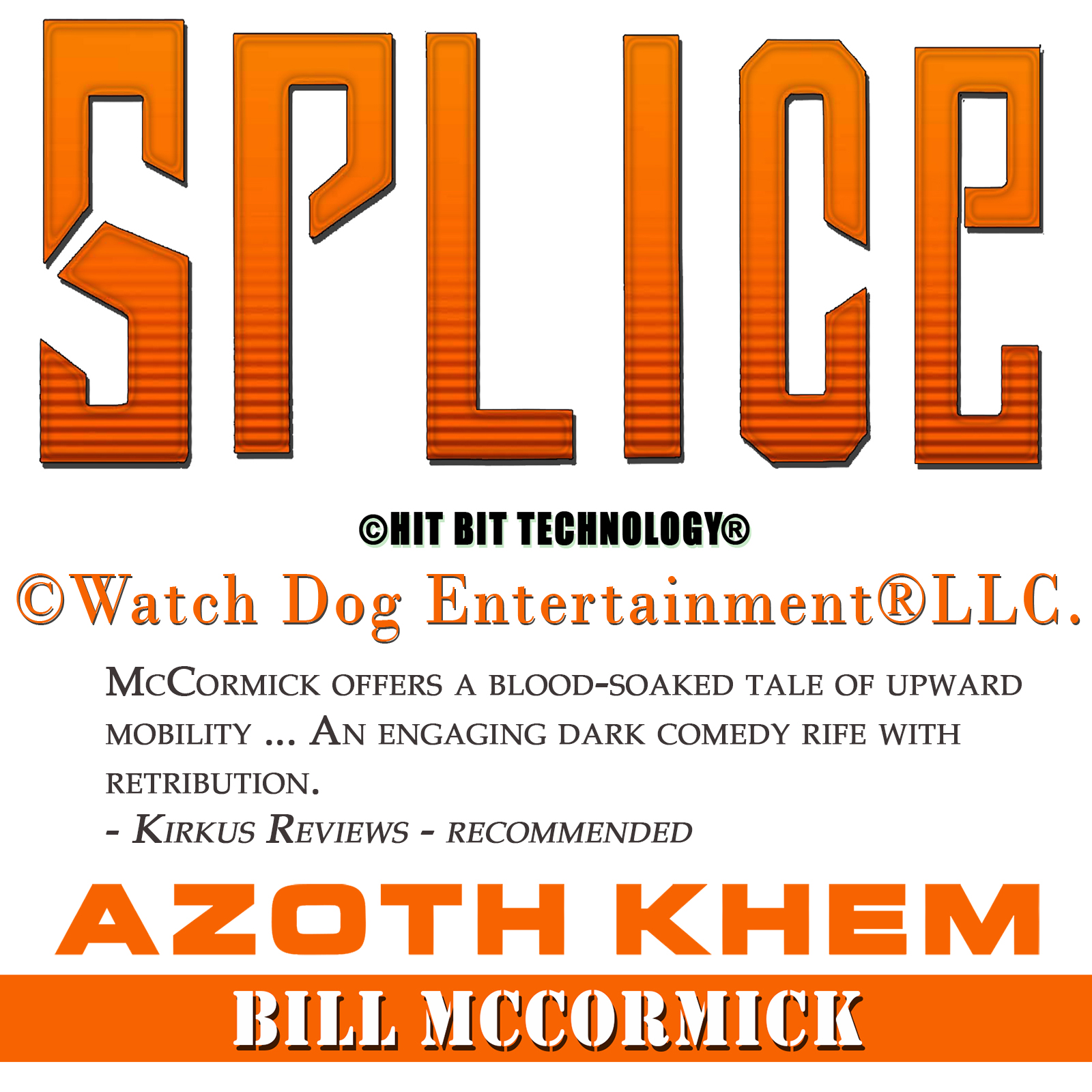 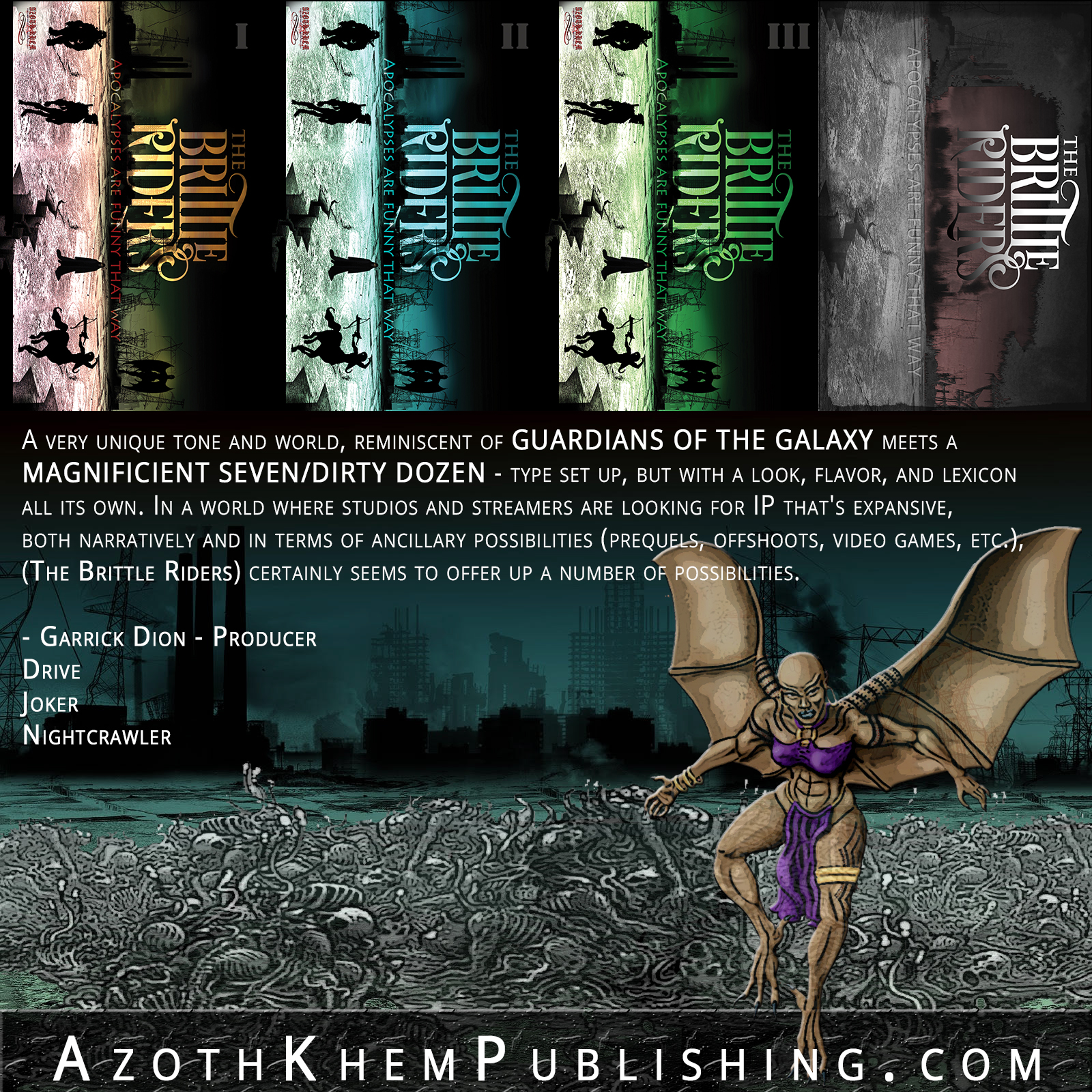