It didn’t take a clinical psychologist to figure out I was a little down in the dumps last week. No one had done anything wrong, no one had ruined my career, no one had been mean to me or even all that unreasonable. I asked a bunch of companies to pony up millions upon millions of dollars to make my dystopian nightmare come to life and they asked me to provide them a clear look at my vision. Basically, poop or get off the pot.

Unfortunately, the specific poopage they seemed to require would use more resources than little old us happened to have available.

The thing is, just like there are many ways to skin a cat – please don’t skin any cats – it turns out there are also many ways to successfully poop. Neither I nor my publisher knew these mystical ways, this is rare air for us, but people who bring home seven figure salaries from making movies took time to share some basic ones that had worked for them and others. In essence it all boiled down to one thing: shore up our business team.

To that end, allow me to introduce you to Leeaura Lee and Susan Dunaway. They are not here to expand my social media presence or entice barely legal teens ogle my form. Although the former may be a byproduct, the latter is completely useless to a guy who already wakes up next to the cutest patootie in the multiverse.

Instead, they will be honing my various and sundry presentations down to a single topic each and culling anything that doesn’t enhance the whole. I have tried doing this in the past and …. SQUIRREL!

Their efforts should result in some interviews for me but, more importantly, will allow them to do some adulting and meet with venture capitalists and give us a chance to grow my many terrifying beasts into a money making chimera filled petting zoo.

One of the first tools they can use is being able to share the thoughts of respected film and television producers with interested parties.

For example, this is what Garrick Dion, co-executive producer of CAPONE, had to say about The Brittle Riders in his review to our agents.

“A very unique tone and world, reminiscent of GUARDIANS OF THE GALAXY meets a MAGNIFICIENT SEVEN/DIRTY DOZEN-type set up, but with a look, flavor, and lexicon all its own. In a world where studios and streamers are looking for IP that’s expansive, both narratively and in terms of ancillary possibilities (prequels, offshoots, video games, etc.), (The Brittle Riders) certainly seems to offer up a number of possibilities.

The world’s favorite tale of a wayward teen who grows up to become its most feared super villain, SPLICE: HIT BIT TECHNOLOGY, just got the most important review in its short life.

Kirkus Reviews has been the industry standard for almost one hundred years. Keeping things simple, the lack of a positive Kirkus Review means no distribution to libraries, major chains, and most mom and pop bookstores. They are a trusted source that reviews new releases and tells people whether or not they should spend their hard earned money on them. Given the whelming number of new releases from indie and mainstream publishers, that has become more important than ever. Just because someone’s grandma said something nice on Amazon doesn’t mean distributors should lay out thousands of dollars to stock shelves with a book nation wide.

SPLICE earned a “recommended” rating. On the Kirkus pyramid, that is a pretty darn good place to be. First a book needs to get a positive review of any sort. The majority don’t.

Then, if that hurdle is cleared, books become accepted, recommended, or starred.

The majority get the first rating (which is an impressive feat on its own), a slim number get recommended (which is where SPLICE is), and a rare few get a star. For our first time even trying I’ll take this happily. So what did Kirkus say?

Click the link to read the whole, absolutely wonderful, thing.

There’s more burbling beneath the surface, and I will share what I can when I can but, until then, stay safe and sane. I’ve grown fond of most of you. 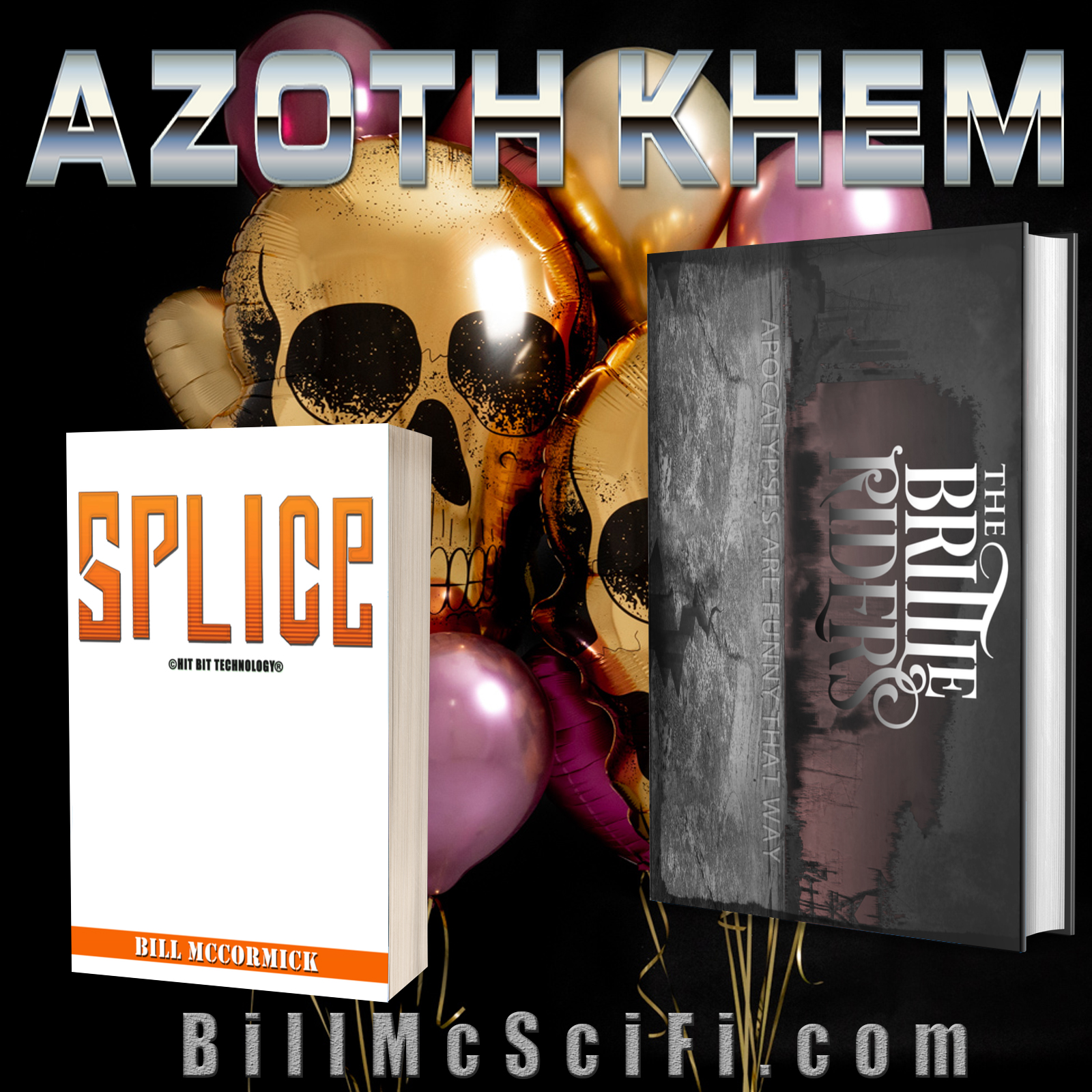