First off, as I announced on social media, The Big Wakeup Call, starring Ryan Gatenby (and occasionally tolerating me), is going on a brief hiatus. I did not say it was “yanked off the air by the man.” Nor did I say “(our) witto feewings got hurt” so we shut it all down. Just for the record, after twelve years of this I can assure you more than one keyboard warrior has tried to hurt our “witto feewings” and we’re still around. Heck over the years I have managed to quit smoking, drinking, and being single. My “witto feewings” are just fine. No, simply put, we’re freaking busy. Ryan’s in the process of expanding his media empire and setting the stage for global domination. Or more money. I think he’d be fine either way. As for me, last week I shared two important developments in the land of McSciFi and this week I will share more.

Scroll down to keep reading. I wouldn’t want you to get bored.

First off, the lovely and talented Cyril Brown is diving back into the deep end with a brand new title for the Hybrid Zero multiverse. For those of you who may have recently arrived, allow me to quickly summarize Cyril’s mad genius. In his multiverse everything happens contemporaneously but each universe is at a different chronological point. So, one may be in the thirtieth century while it’s next universe neighbor might just now be learning about their version of Boy George. It’s a lot of fun keeping those time lines straight.

Thus far, the multi-dimensional epic Juggernaut – often lauded as the perfect skewer for the military industrial complex, Jungle Grrl – a biting satire aimed at capitalist hypocrisy, and Cassandra and the Changeling Sword – a glorious look at mythoi throughout time that has a singing sword and a galactic turtle, are all out now.

Into the fray comes Neutrinos – a pan-galactic mockery of the music business, capitalism, and anything that gets in its way. Neutrinos is the multiverse’s first, all silent, NC-17 intergalactic rock opera. Think of it as the story you never wanted but always needed. Hearkening back to legendary, and salacious, creations from the 70s such as Flesh Gordon and Fritz the Cat, Neutrinos manages to hide deep social commentary amidst copious amounts of laughter and sex.

Actually, that can be said about all of Cyril’s works.

Use the links above to catch up, if you haven’t already done so, and strap in or strap it on (as the case may be) for another exciting adventure set in the Hybrid Zero multiverse.

As any indie science fiction author can attest, unless the first book in your absolutely awesome, totally epic, series sells around a million copies, by the time you get to the fourth you’re pretty much selling to friends and family only. And the number of friends can be counted on a closed fist.

But, sometimes, reality takes a back seat and starts making out with the sexy beast known as absurdity (with thanks to Camus and Kierkegaard) and all sorts of odd noises and wonderful things begin to happen. Such is the case with Goptri of the Mists: Kitaab Ek. The fourth release in the The Brittle Riders trilogy, Goptri has benefited from a confluence of unusual events.

Between The Brittle Riders generating interest from film production companies to reviewers in Asia trying to make sense of Goptri there is renewed interest in this odd little universe I’ve created. And, because God looks out for fools, drunks, and children – making me His favorite son, people discovering Goptri first are backtracking to get The Brittle Riders and some, but not all yet, are also starting to check out everything else I’ve written. That should keep them busy.

Oh, go ahead and click on those last two title links. They’re brief video teasers for each series. They have pretty music and easy to follow graphics.

Anyway, here’s a glimpse at what some new Goptri fans are saying.

That’s enough for this week. Stay safe, sane, and hydrated. I like having you around. 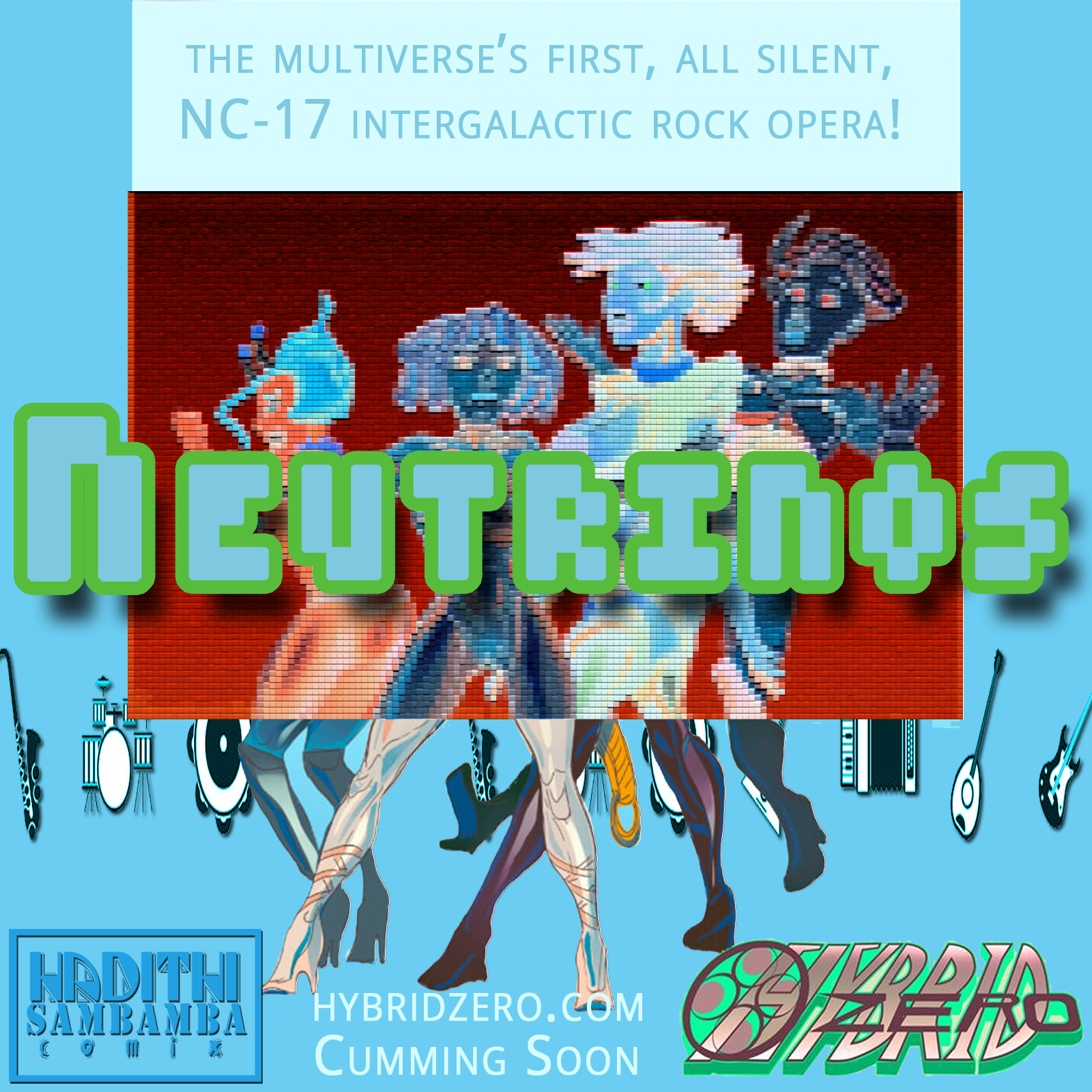 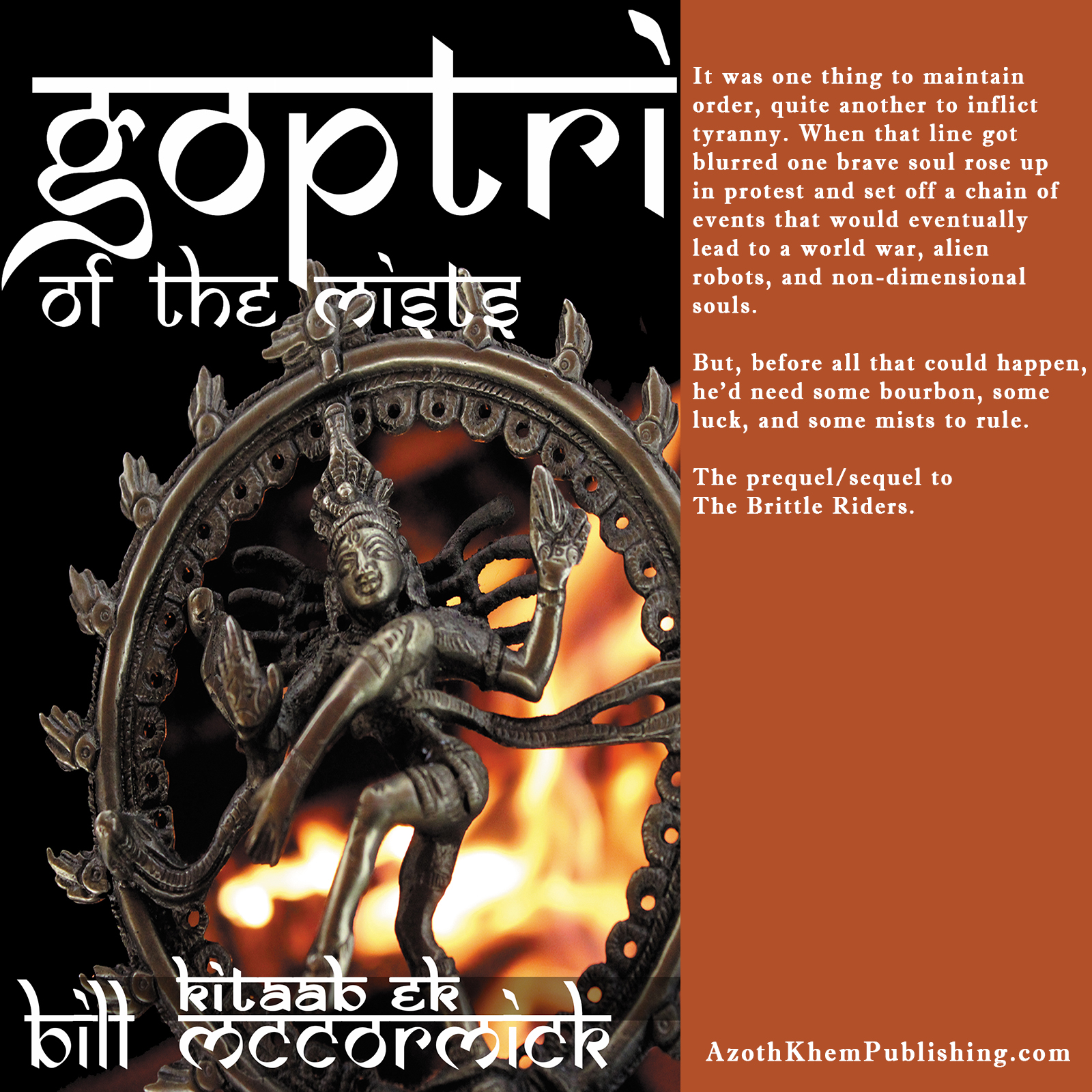