I can’t begin to tell you how many times, over the last few weeks, a billion dollar check made payable to me has completely failed to materialize. Nor did anyone magically transfer even a mere million dollars to me in any way. Not even in bitcoin. Suffice it to say, I’m not rich.

I did get a few hundred bucks for an anthology I can tell you about next year, but that didn’t even cover rent.

I bring all this up for those who also follow me on Twitter. Apparently someone conflated the verifiable facts that (1) a successful Hollywood film producer said nice things about The Brittle Riders and (2) I could finally afford to get married and came up with “BIG OL’ BILL’S A BILLIONAIRE!”

Anyway, after some awkward back and forth, they took down the post but things have a habit of burbling back to the surface on the Internet so I wanted to try and get ahead of it here.

Yeah, because that always works.

On the good news front, after burning in the flames of pandemic hell, Nerdanatix is back. This is great news for all the comic book titles over at Hadithi Sambamba Comix. If we’ve learned anything during this mess it’s that being a comic book distributor is hard, and expensive, work.

The good news for each and everyone of you is that there will be a series of promotions allowing you to catch up on the – many ongoing and critically acclaimed – series I pen for free. Digitally only, but you can still buy hard copies, autographed upon request, by CLICKING HERE and having a valid credit card or PayPal account.

This works out well for everyone since we have new titles being released over the next six months and now we can get some nice promo under our belts while, hopefully, whetting the appetites of the uninitiated.

Back to my evil plot to become a billionaire and the exclusive ruler of Latveria – not to be confused with Latvia which is well known for exemplary human rights, excellent education, and exceptional beers, all of which make being an evil dictator difficult – quite a bit has been accomplished.

The treatment for the pilot of The Brittle Riders is in the can and it’s truly impressive. Just knowing that there is a ‘number larger than zero’ amount of people who want to read this thing makes me nervous and happy all at once. I think that’s known as “giddy.”

The fun part was finally having a legitimate reason to figure out what this could look like on a screen. While some scenes in the book transfer perfectly others would leave an audience yawning. The battle, bar, and other action scenes work beautifully cinematically. The strategy planning, along with the “HEY THERE! IT’S GOOD TO MEET YOU,” scenes work in small doses but not in the depth presented in the book. Simply put, letting a reader do a deep dive into the minds creating an event is wonderful brain food. But, on screen, it’s naught but talking heads and stale appetizers.

So each scene needed to be pulled apart, assessed and rated for it’s visual value, and then added, or discarded, as needed. Not to worry, some of the cool brain stuff survived. It has to for the story to make any sense. But it got rewritten to work on screen.

The other thing that needed consideration was that we were creating a pilot, not an eighteen episode series. That meant we had to get the most Brittle Riders possible on screen in an hour and a half or less. Considering the whole story knocks in around a thousand pages, that required some trimming.

We focused on introducing the characters, the world they live in, and enough of the history behind it all to make it make sense.

Don’t worry, there’s still plenty of nudity and hyper-violence to keep you entertained.

After multiple peer reviews, and more edits than ever should be allowed, we feel we’ve accomplished what we set out to do.

Additionally, promotional materials for the Brittle Riders continue to be created by people who keep getting paid by other people who are trying to dazzle Azoth Khem Publishing and me and who continue to do a masterful job at it. Bonus? Being dazzled is fun, even at my age.

As a side note, if someone offers to spend third party money to dazzle you, let them. It really feels good.

If any of this confuses you, please feel free to ask me for clarification prior to firing off a tweet with fifteen people tagged. It will make everyone’s lives easier.

Until next week, stay safe and sane. Also, and I don’t believe I have to say this, don’t lick random monkeys. 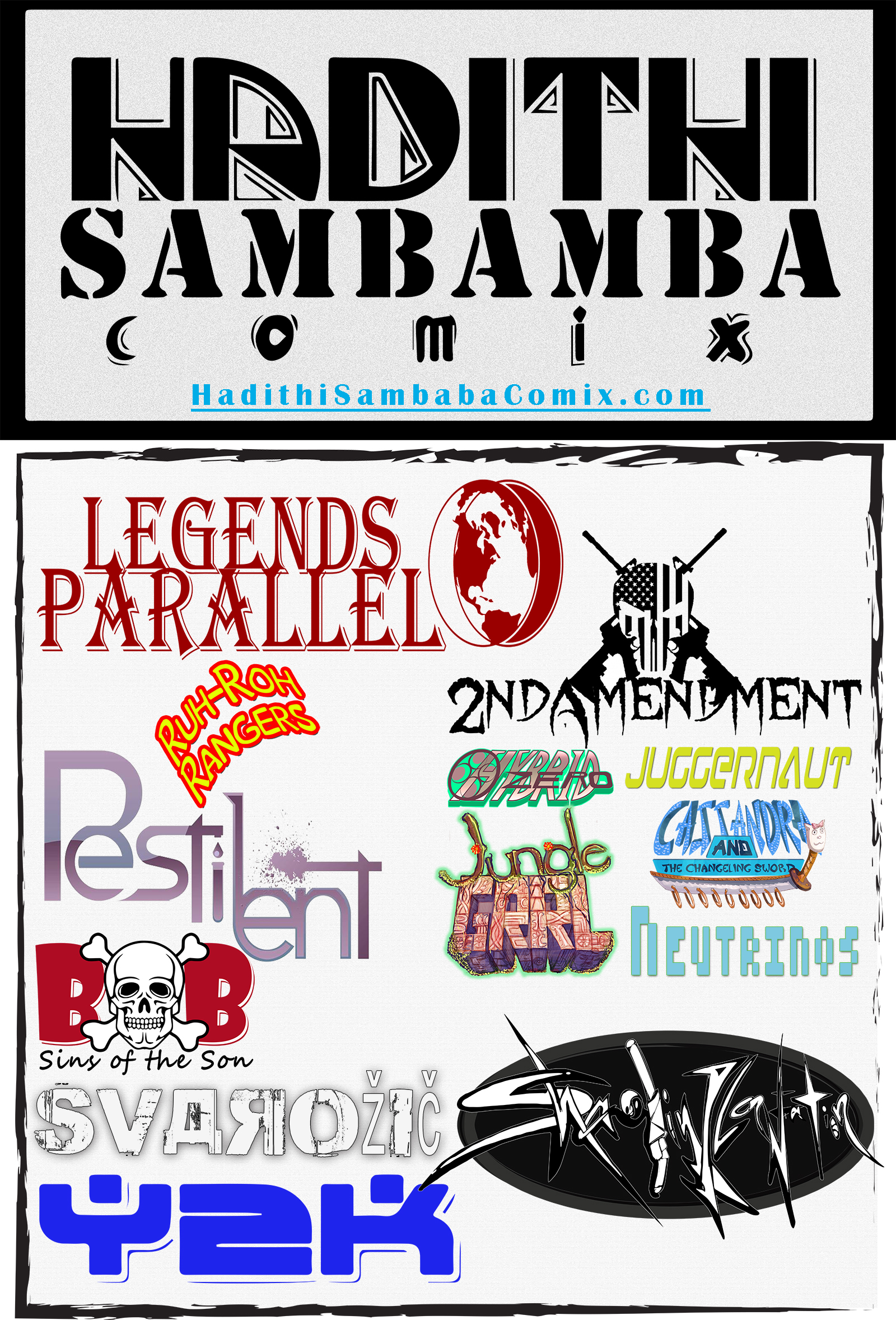 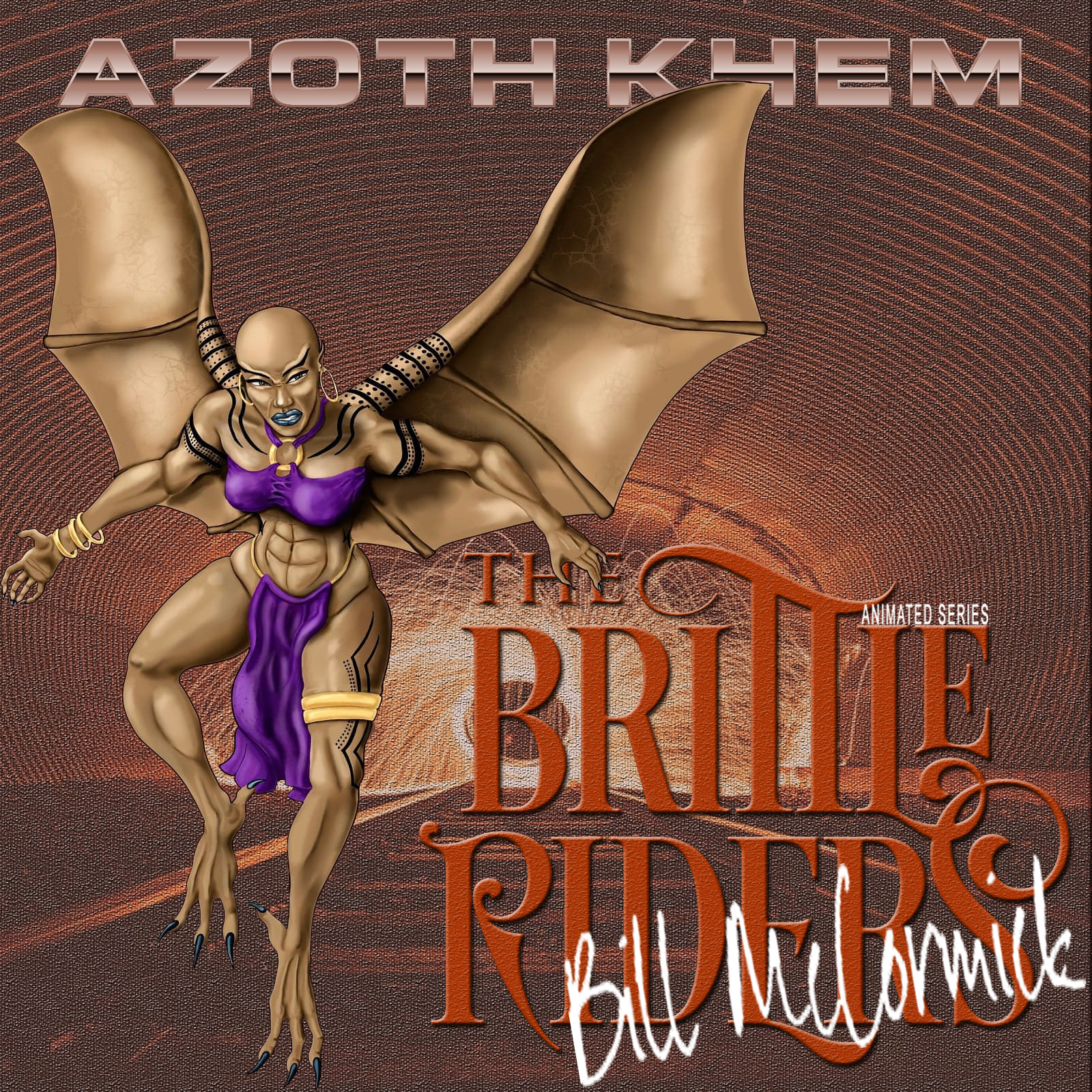